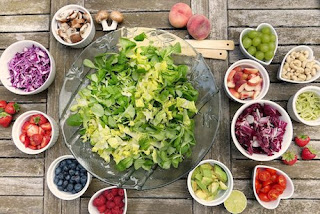 Posted by Anthony Day at Friday, September 11, 2020 No comments:

Apologies - Blogger has removed all the formatting from this post. The Sustainable Futures Report will shortly move to a new platform..

And Finally…
I’m Anthony Day and this is the Sustainable Futures Report for Friday 31st July.
And finally…no, this isn’t the last episode, just the last episode in July before I close down for August. Hold tight - there’s a lot to get in. 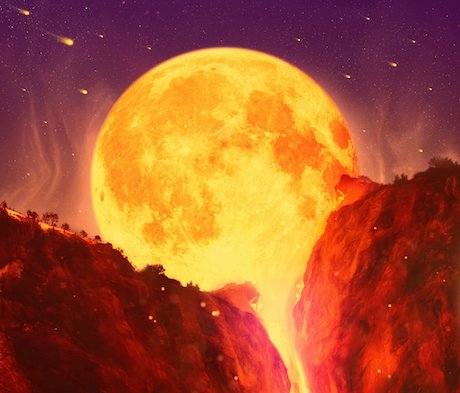 Energy
Keep it clean!
This week’s review of energy news kicks off with a statement from the UN that a CleanEnergy Future is vital.
Speaking at the International Energy Agency's (IEA) Clean Energy Transitions Summit, UN Secretary-General Antonio Guterres said,

"Stop wasting money on fossil fuel subsidies and place a price on carbon”.
He told the meeting that a new analysis of G20 recovery packages shows that twice as much recovery money has been spent on fossil fuels as clean energy.

The Climate Compass describes that as a crime against humanity.

The letter, signed by 80,000 people including some of the world’s leading scientists, argues that the Covid-19 pandemic has shown that most leaders are able to act swiftly and decisively when they deem it necessary, but that the same urgency has been missing in the response to climate change.
“It is now clearer than ever that the climate crisis has never once been treated as a crisis, neither from the politicians, media, business nor finance. And the longer we keep pretending that we are on a reliable path to lower emissions and that the actions required to avoid a climate disaster are available within today’s system … the more precious time we will lose,” it says.
US on the way out.
The US will officially exit the Paris Accord one day after the 2020 US election and architects of that deal say the stakes could not be higher. Trump’s opponent, former vice-president Joe Biden, has vowed to rejoin the climate agreement.
“The choice of Biden or Trump in the White House is huge, not just for the US but for the world generally to deal with climate change,” said Todd Stern, the US chief negotiator in Paris. “If Biden wins, November 4 is a blip, like a bad dream is over. If Trump wins, he seals the deal. The US becomes a non-player and the goals of Paris become very, very difficult. Without the US in the long term, they certainly aren’t realistic.”
I fear that all we can do from this side of the pond is watch and wait.
WEF Vision
The World Economic Forum has published a report entitled “The Future of Nature and Business.”
The Great Acceleration of the world economy over the last 70 years has brought an unprecedented increase in output and human welfare. Human population grew from 2.5 billion in 1950 to close to 8 billion today. At the same time, the average person has become 4.4 times richer and lives 25 years longer than in 1950. Since 1990, the number of people living on less than $1.25 a day has reduced by one-half, and roughly 700 million more people entered the mushrooming global middle classes.
Yet, the Great Acceleration carried important costs, among which were its profound impacts on natural systems, including the degradation and loss of whole species and critical ecosystems. COVID-19 has brought the Great Acceleration to a screeching halt.…scientists have warned us against returning to “business as usual” in light of the looming nature crisis. Nature loss brings a whole new set of risks, including potentially deadlier pandemics; we are sleepwalking into a catastrophe if we continue to ignore this reality…
…It won’t be easy or straightforward, but a failure to act will be even more painful. We need to commit to this path and be willing to work together. The World Economic Forum, as the international organisation for public-private cooperation, pledges to help public, private and civil society stakeholders reset their relationship with nature as part of the Great Reset agenda in a way that will be nature-positive, value- creating and job-rich.
Fine words. Who’s listening?
Who wants to be happy?
Maybe journalist George Monbiot is listening. He’s been warning about the climate crisis for decades and is increasingly strident about inequality. “People want a greener, happier world,” he says, “Politicians don’t.”
The main thrust of this latest article is a criticism of the government’s strategy for post-Covid recovery.
“Normal is a fairyland to which we can never return,” he says….
“When business as usual resumes, so does the air pollution that kills more people every year than Covid-19 has yet done, and exacerbates the impacts of the virus. Climate breakdown and air pollution are two aspects of a wider dysbiosis. Dysbiosis means the unravelling of ecosystems. The term is used by doctors to describe the collapse of our gut biomes, but it is equally applicable to all living systems: rainforests, coral reefs, rivers, soil. They are unspooling at shocking speed due to the cumulative effect of “normality”, which entails a perpetual expansion of consumption.”…
“…But the Westminster government is determined to shove us back into hypernormality regardless of our wishes. This week the environment secretary, George Eustice, signalled that he intends to rip up our system of environmental assessments. The government’s proposed free ports, in which tax and regulations are suspended, will not only exacerbate fraud and money laundering but also expose the surrounding wetlands and mudflats, and the rich wildlife they harbour, to destruction and pollution. The trade deal it intends to strike with the US could override parliamentary sovereignty and destroy our environmental standards – without public consent.”
No need to worry about Trump, then. We have plenty to deal with at home.
One last thing
Well three, actually. The first is an article and accompanying short video by Simon Sinek. He seems to be a speaker talking about the climate crisis rather than a climate activist becoming a speaker.
He says we’ve got the communication of the climate message all wrong, and echoing the remarks of Roger Hallam reported last week, explains how the average person gives little importance to things which are remote in space or time. Hence warnings of a disaster in 2050 are simply ignored. He sees “global warming” as a misleading term: it sounds too cosy and people confuse climate with weather, so when there’s a cold snap they believe that global warming can’t be happening. He suggests that we should be talking about “climate cancer” to bring home the seriousness and urgency of the situation.
We should not just concentrate on remote targets like net-zero by 2050, but set near-term intermediate targets, and engage everyone in achieving them. And we shouldn’t talk about saving the planet: the planet will always survive. Our task is saving humanity.
I’m involved in a group of speakers who are examining the best way of delivering the climate message. I’ll let you know how we get on. In fact I’ll probably try out their techniques on you.
Second last thing…

XR is planning actions in September. I’ll bring you news of that next time.
Last thing

Doubt: it’s much more subtle than flat denial. It’s insidious. It’s been used by oil companies to delay regulations and used notoriously by tobacco companies to confuse the message on the dangers of smoking.
A series of 15-minute programmes on doubt were released by BBC Radio this week. Find them on the BBC Sounds app, or via the link on this blog.
And that’s it!
Yes that was the last Sustainable Futures Report until September. As always, I hope that you are safe and well and that you continue to be so. If you have the opportunity for a holiday I hope you enjoy it and I hope this podcast and the related references will give you something to pass any idle time you may have. I am Anthony Day and I shall be back with the Sustainable Futures Report in September. Thank you for listening and thank you as always to all my patrons for their support. It's a pretty exclusive group but that doesn't mean you can't be a member and you’d be most welcome. Just pop across to patreon.com/sfr and find the details.
I’m Anthony Day.
That was the Sustainable Futures Report.
Until next time.

Climate may take decades to respond to carbon cuts
https://www.theguardian.com/news/2020/jul/13/cold-comfort-climate-may-take-decades-to-respond-to-carbon-cuts

Negative-emissions tech helps, but it's no magic bullet for the climate crisis
https://www.theguardian.com/commentisfree/2020/jul/20/negative-emissions-tech-climate-crisis-carbon

How the global fight could be lost if Trump is re-elected
https://www.theguardian.com/us-news/2020/jul/27/global-climate-fight-could-be-lost-trump-re-elected