Let there be Light!

Published as a podcast on Friday 5th February www.susbiz.biz 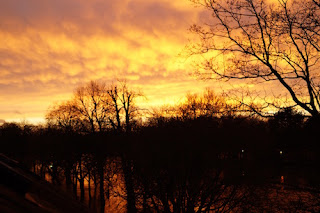 My guest on today’s Sustainable Futures Report is David Emslie of Novalux LED. He explains how much money you can save by changing your lighting. Before that, we consider a world in transition. Are we truly transitioning away from fossil fuels? Jeremy Leggett thinks so. Moody’s, the ratings agency, seems to think so. There’s still no clear picture on the oil price, there’s confusion on environmental policy in Australia, the Hinkley C - EDF - Areva nuclear power station saga goes on. On the other hand investors  are beginning to see opportunities coming out of COP21 for developing the world’s energy infrastructure - maybe as much as $13 trillion. I’ll throw some light on that.

Jeremy Leggett completed his book, The Winning of the Carbon War, with his account of the COP21 Paris conference. He came away optimistic and he’s continued to chronicle the transition from fossil fuels to clean energy in his blog at jeremyleggett.net. He tells us that the low oil price has forced the 40th North American driller into bankruptcy and Arch Coal, America’s second-largest coal miner, has filed for bankruptcy as well. On the other hand, the US solar industry now provides more jobs than oil & gas extraction: more than 200,000 in 2015, a 20% increase from the previous year, amounting to more than 1% of all American jobs.

Oil giant BP released its fourth quarter and full-year earnings on February 2, reporting a $6.5 billion loss for 2015, the worst result in decades.It also said that it would slash another 3,000 people from its payroll by the end of 2017 from its refining unit, which comes on top of the 4,000 job cuts the company announced in January for its exploration and production division. BP’s share price plunged by more than 9.5 percent in the hours after it revealed its dismal figures.

Brent Crude was at $56/barrel in October, but had halved to $28 last month. Today it’s at $35; maybe more by the time you hear this. Is it back on the way up? Pundits and tipsters claim it will reach $80 by June this year, but how do they know? If it does go up it will make renewable energy far more competitive.

Just a footnote on the planned nuclear power station at Hinkley C. Both Reuters and the Bridgwater Mercury have picked up the ongoing story. Aveva, the French nuclear construction company hovers on the brink of bankruptcy while the nuclear inspectorate determines whether flaws in the reactor vessel of the plant under construction in Flamanville will mean it has to be replaced. Until that is settled it is going to be impossible for parent EDF to commit to a start date for Hinkley C. The inspectors are not expected to have an answer before the end of this year.

Others are drawing positive conclusions from the result of COP21.

Writing in Investment and Pensions Europe ipe.com Raj Thamotheram says that for investors, the conclusion should be forceful stewardship. Post COP21, investors should be requiring companies to publish and implement their 2°C transition plans. This will create real demand for renewables and catalyse the energy transition. Of course, this depends on getting fund managers to engage but this is possible using resolutions at annual general meetings where votes are public. Raj Thamotheram is CEO of Preventable Surprises and a visiting fellow at the Smith School, Oxford University

A report from global ratings agency Moody’s suggests that there could be more than $50 billion in green bonds issued this year as the world builds on the momentum generated at the Paris conference. They believe the outcome is likely to motivate record levels of green bond investments this year as companies and governments adopt clean energy strategies, cut carbon use and increase the share of renewable energy.

consultancy.uk reports that to meet growing demand in emerging markets for electricity, up to $13 trillion will need to be invested between 2015 and 2040. This is the conclusion of a report issued by the World Economic Forum and consultancy Bain. Following agreements at COP21, they say, about what is required to meet the 2.0C limit, or the possible 1.5C limit, countries can now start to create the stable environments required to meet investors’ expectations.

Generally good news, then, but Chris White in dailycaller.com picks up mixed messages. Australia plans to end its green energy fund at the end of the year despite the country’s prime minister championing anti-global warming measures. At COP21 Prime Minister Malcolm Turnbull, who ousted his global warming skeptic predecessor Tony Abbott in 2015, backed calls to limit global temperature rises to 1.5 degrees. At the same time Australia is still opening coal mines and planning new railways and port expansion in the Great Barrier Reef area to ship it out.

Now, who wants to save some money? I’ve got a man here who can help you.

Just before we get to that, did I mention the Sustainable Best Practice Exchange? It takes place in Harrogate on 14th April. As you know, the Sustainable Futures Report is brought to you without advertising, subsidy or sponsorship, so please allow me a plug for my conference. You’ll find full details on the website at sbpe.co.uk. It’s a major event for businesses and public organisations across the North of England. Meet the people behind the real Northern Powerhouse; learn from them, discuss with them and share your expertise and experience. We’re adding new speakers to the line-up all the time. Full details on the website at sbpe.co.uk.

And now, a conversation with David Emslie of Novalux LED Ltd, but to hear it you'll have to link to the podcast via susbiz.biz

David explained how LED lights have developed over the last few years. They save significant amounts of electricity over "low-energy" lights and a typical installation with a life of more than 10 years can pay for itself in about 2 years.

Before I go, let’s visit the Wacky ideas department. Well it sounds wacky, but it seems to be working. It involves storing energy in balloons. Underwater balloons.

According to digitaltrends.com, Canada’s Hydrostor has developed a creative energy storage solution that is half the cost of the best battery technology and lasts twice as long. This clean energy startup is storing energy as compressed air and then housing the air underwater inside giant balloons. Though it sounds ridiculous, the idea is efficient at energy storage, and an environmentally friendly, zero-emissions solution.
Cleantech startup Hydrostor designed and is now partnering with Toronto Hydro to operate the world’s first underwater compressed air energy storage system. Located 3 kilometres off the shore of Toronto Island, a series of underwater balloons containing compressed air are submerged under 55 meters of water and connected to Hydrostor’s power facility via a pipe. The facility currently is being used to store excess energy from Toronto’s existing power grid during non-peak times. It also can be adapted to store energy from renewable energy sources such as wind or solar power, providing the ability to store energy during peak energy generation times to compensate for the occasional downtimes.

You heard it here first. Find out more at digitaltrends.com

And that’s it. This is Anthony Day and another Sustainable Futures Report draws to a close. This week I went to an event at Leeds University called “Unpacking the Paris Agreement: Is it enough to limit dangerous climate change?” I’ll tell you all about that next time.
Posted by Anthony Day at Thursday, February 04, 2016