Published as a podcast at www.susbiz.biz on Friday 29th April

Lords are all over the sustainability news this week. They’ve been signing letters to The Times, signing international agreements and commenting on decarbonisation. Other people have been flying electric planes, talking about air pollution and counting green leaves. 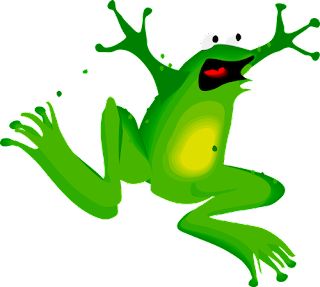 The weather is breaking more records - Michael Flanders and Donald Swann had something to say about that - and is the oil price on the up? The prospectus for the Sustainable Best Practice Mastermind group, SBPMg, will be out shortly. Get in touch if you want a copy.

All this and more in this week’s Sustainable Futures Report. And who is Lord Bourne?

Anyway, I’m Anthony Day and this is the Sustainable Futures Report for Friday 29th April.

Oil is nudging $46/barrel today, up from the $43 I reported last week. Will this be a steady upward trend? Probably not. Gasoline demand in the US has been higher than normal for this time of year and production has slowed, which together have put upward pressure on prices. The downturn in production has been due to industrial action in Kuwait and to closures for maintenance in other oil fields. All of this is likely to be solved very shortly and Iran is likely to continue to increase production now that Western sanctions have been lifted. There are still extensive worldwide stocks. of oil. I expect the price to fall back by next week, although that’s my personal opinion and I wouldn’t like you to rely on it.

On 22nd April, Earth Day, 175 world leaders signed the Paris Agreement at United Nations Headquarters. Secretary-General Ban Ki-moon said the next critical step is to ensure that the landmark accord for global action on climate change enters into force as soon as possible.
“If all the countries that have signed today take the next step at the national level and join the Agreement, the world will have met the requirement needed for the Paris Agreement to enter into force,” Mr. Ban highlighted, congratulating the 15 Parties that have already deposited their instruments for ratification.

He said that countries accounting for at least 55 per cent of greenhouse gas emissions would have to ratify the agreement in order to bring it into force. The United States and China between them could account for almost 40 per cent and Ban Ki-moon  called on all countries present at the signing ceremony to use the opportunity to announce their timelines for joining the Agreement as soon as possible”

Emphasising the importance of the event, 31 countries were represented by their head of state, 3 by vice-presidents, 24 by heads of government and 9 by deputy prime ministers. Delegates included President Francois Hollande of France, the  Deputy Prime Minister of China, US VP John Kerry and Canadian - PM Justin Trudeau.

The UK was represented by Lord Bourne. Yes, you know: Lord Bourne of Aberystwyth. He’s the Parliamentary Under-Secretary of State for Energy & Climate Change.

Says it all, really.

Danish website CPH Post Online cphpost.dk headlined the news of the agreement with:
More turbines, more biogas
A spokesman for DI Energy, the Danish federation of energy equipment manufacturers, said the ambitious climate agreement would most probably lead to an increase in the demand for Danish wind turbines and biogas plants.
“We will hopefully cement the agreement in the form of increased exports of Danish energy technology,” he said.

According to figures from DI Energy, Denmark earned £7.4 billion in 2014 as a result of exporting its energy technology – 12% of total Danish exports that year.
And according to the company, this number is only set to grow. They predict demand for Danish green tech will lead to an increase of £6 billion in revenues by 2030.

On the same day the Ecologist reported a missed opportunity as the International Maritime Organisation failed to reach an agreement to take action on controlling GHG emissions.
The IMO itself predicts that emissions from shipping could rise by as much as 250% from 2012 levels by 2050. At 3% of global emissions, the shipping sector currently has a carbon footprint roughly the size of Germany, but at that rate it could grow to equal that of the entire EU.

Apparently the effect of carbon dioxide (CO2) is not all bad. A report published in the Journal nature climate change reveals a substantial increase in global leaf cover. The research is based on satellite imaging and the conclusion is that 70% of the effect is caused by raised levels of CO2 in the atmosphere. Climate sceptics are quick to point out the advantages of stimulating growth in this way, but the researchers remind us that this does not to do anything to offset the other effects of raised greenhouse gas levels such as rising sea levels and disrupted weather patterns including intense and unpredictable storms and droughts. Increasing agricultural productivity is a welcome bonus, but I want to know whether all plants react in the same way. Could we be in danger of stimulating weeds and suffocating food crops? More research, please.

High in the sky this week, and looking down not at leaves but at acres of ocean was one man in an electric aeroplane. Solar Impulse 2 took off from Hawaii and crossed the Pacific to land in Mountain View, California. The aircraft is well on its way to completing its round-the-world flight. It has a wingspan greater than a jumbo jet with solar panels and batteries which keep it flying even through the night. It is very expensive, very slow and totally dependent on good weather but it is a research project, giving us insights and ideas into how we may be able to develop air travel in the future. I bet the air was clean up there.

We mentioned Air pollution in the UK last week. It’s a “public health emergency”, according to a cross-party committee of MPs, who say the government needs to do much more including introducing a scrappage scheme for old, dirty diesel vehicles.

These MPs are talking about giving more councils the right to deter vehicles from parts of their cities where pollution is bad by introducing schemes like the London congestion charge. If you’re in business this is likely to have an effect on your distribution costs. Of course there are clean air zones already in the UK and large freight vehicles must have scrubbers fitted to minimise the nitrous oxide emissions. Unfortunately a side effect of the process is a slightly increased level of CO2 emissions. Small vehicles are not required to have these systems, but we’ve recently learned that the majority of cars on the road in Europe are emitting vastly more nitrous oxide than the official tests reveal. The same presumably applies to vans. So should we insist that they are retrofitted with scrubbers?  Scrappage will only be effective if the new vehicles are truly cleaner than the ones they replace. Not a lot at this stage has been said about particulates, but it has been well known for years that they are a health hazard. Particulates are microscopic particles of soot which lodge deep in the lungs. Diesel engines produce quite a lot of these.

Here's another lord. Lord Adair Turner is a former chairman of the UK government’s climate change committee and is now chairman of the international Energy Transition Commission. Interviewed on BBC Radio 4’s Today programme he explained that we must reduce carbon emissions and at the same time protect economic growth. He saw a future for renewable and nuclear electricity - the cost of solar energy is now down to US¢6 per kWh and competitive with gas and coal - but he pointed out that the electricity accounts for only 20% of global energy use. We need to decarbonise our transport fleet, which of course would have a dramatic effect on urban air pollution. It would also have a dramatic effect on electricity demand raising questions about matching demand with supply and providing an infrastructure which could support the vast number of charging points which will be required. Let’s hope Lord Adonis (there’s another one) and his Infrastructure Commission have this under review.

To decarbonise our economy we must also increase our energy productivity, in other words reduce the amount of energy required to produce each unit of GDP. It's going to be difficult to do this with some heavy industries and carbon capture and storage may be the answer here. Unfortunately CCS has lost government support and is taking a long time to be proved at the commercial scale. Lord Turner said he believed it would be technically possible to limit global warming to 2℃, even to 1.5℃, but this would be challenging.

Letter to The Times

This week a number of lords wrote to the editor of The Times newspaper. Here's what they said:

“We are writing because we are concerned that some of your recent
coverage of man-made climate change and energy risks bringing
discredit on your paper….

“The particular article that stimulated this letter appeared on 23rd
February, entitled “Planet is not overheating, says Professor”, by
your environment editor Ben Webster. It concerned a “study”
purporting to show that there is no statistically valid evidence for
man-made climate change, and therefore the planet will not warm
significantly by the end of the century.
That a paper of The Times’ standing chose to report on this study at
all is astonishing, given its poor quality. Since your article appeared,
scientists have commented, for example, that the method used
involves ignoring everything that science has discovered about
atmospheric physics since the discovery of greenhouse warming by
John Tyndall more than 150 years ago. They have shown that
already global warming has proceeded more rapidly than the upper
bound of the study’s projections. It was performed by someone who
is not a climate scientist, used methods that are unverified in the
climate change context, was not peer-reviewed, and was
commissioned and paid for by an NGO pressure group, the Global
Warming Policy Foundation.
On social media it has, literally, been a laughing stock.”

The letter goes on to quote other examples and then continues,

“As Editor, you are of course entitled to take whatever editorial line
you feel is appropriate. Are you aware, however, how seriously you
may be compromising The Times’ reputation by pursuing a line that
cleaves so tightly to a particular agenda, and which is based on
such flimsy evidence? The implications for your credibility extend
beyond your energy and climate change coverage. Why should any
reader who knows about energy and climate change respect your
political analysis, your business commentary, even your sports
reports, when in this one important area you are prepared to
prioritise the marginal over the mainstream?”

And then:
“If you lose trust, you lose
everything; and on this issue, you are losing trust.”

There’s a lot more to it and it’s worth reading in full.

But not Lord Bourne of Aberystwyth. Well, he was in New York, signing the Paris Agreement.

As I write this Emma Thompson is baking a cake in a field in Lancashire. Yes, It's another Greenpeace protest. The field is scheduled as a fracking site even though Lancashire county council have refused permission. Legislation now permits the government to overrule that decision, despite the wishes of the council and of local people. It's interesting, isn't it, that a single objection can block the construction of an onshore wind turbine, but no one is allowed to block fracking even though there is much public opposition. My own objections to fracking are on two grounds. First, it will take many years before fracking will yield any product and secondly that product will be a fossil fuel and incompatible with the nation’s objective of reducing carbon emissions.

And next week, there'll be another episode.
Posted by Anthony Day at Wednesday, April 27, 2016