All the Lovely People 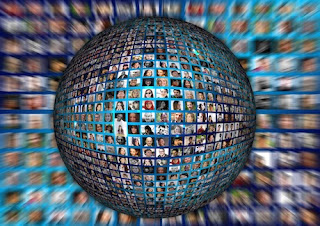 News from Canada.
Rex Murphy writing in the National  Post says “Lewis Carroll (you know, the one who wrote Alice in Wonderland) is alive and well, and writing Canada’s energy policy.”
Murphy is concerned that the nation is not making full use of its energy resources and of course this turns to a great extent on the dispute between Alberta and British Columbia. As I have previously reported, Alberta has vast reserves of oil from its tar sands deposits and wants to export them through the Port of Vancouver. Vancouver is in British Columbia and the province of British Columbia does not wish to permit pipelines to cross its territory. Among other things, environmentalists are very concerned about the prospect of large numbers of oil tankers making their way along the hazardous passage from the port to the open sea, particularly in winter.
Murphy says:
“Until there are pipelines (plural) built and oil flowing to international markets there should be no talk of the so-call carbon tax — the energy tax. Until the crazed circumstance of the blockade on Alberta energy is resolved, all talk of “reducing carbon emissions” and the pretence of meeting our Paris “commitments” should be shelved. Fix the home front first, and then if some wish to attend to the dubious goals of planetary salvation, let them at it.”
This is clearly not someone who has read the IPCC report, or if he has, he doesn’t believe it. I think it was St Augustine who prayed, “Oh Lord, make me pure - but not yet.”
OK Mr Murphy, let’s cut emissions, but not yet. Oh dear, it’s too late.
https://nationalpost.com/opinion/rex-murphy-shelve-those-carbon-taxes-until-the-oil-is-flowing
U.S. Global Change Research Program
Earlier this month the U.S. Global Change Research Program produced its Fourth National Climate Assessment. It states:
“Climate change creates new risks and exacerbates existing vulnerabilities in communities across the United States, presenting growing challenges to human health and safety, quality of life, and the rate of economic growth.”
It goes on to explain the many ways in which the nation will be affected, from the economy to water, to health, to agriculture, to tourism.
The report says that the economic impact of climate change would be devastating. Questioned on this, President Trump said, “I don’t believe it.”
https://nca2018.globalchange.gov
Trump on climate change report: 'I don't believe it'
Brazil
A footnote to last week’s episode. An official report from Brazil says that deforestation in the Amazon in the 12 months to July 2018 was the worst for 10 years. Environment Minister Edson Duarte said illegal logging and an upsurge in organised crime was to blame.
On 1st January president-elect Jair Bolsonaro will take office, and is expected to have a much more relaxed attitude to the protection of the rainforest.
Amazon rainforest deforestation 'worst in 10 years', says Brazil
France in Yellow
In France, the yellow vest or gilets jaunes protest continues across the nation. What started as a protest against increased fuel prices has developed into a demonstration against low incomes and the high cost of living. It continues across the whole country. President Macron introduced the price increases as a measure to reduce carbon emissions. So far he is standing firm and has not blinked yet.
https://www.pressreader.com/uk/the-guardian/20181124/282067687984870

Microplastics
More news about micro plastics. A report from the Royal Society has found that these particles can change the behaviour of certain shellfish which absorb them. They no longer recognise threats and become easy prey for crabs, leading to an imbalance in the food chain. According to Paul Morozzo, of Greenpeace, “we’re dumping an extra truckload of risk into the sea every 60 seconds.”
I was also intrigued to see a comment in the article which said that micro plastics are now even found in honey. I can't imagine how bees come into contact with micro plastics, except perhaps through the water which they pick up from puddles and ponds.
http://rsbl.royalsocietypublishing.org/content/14/11/20180453
https://www.theguardian.com/environment/2018/nov/28/microplastic-toxins-leave-shellfish-at-mercy-of-predators-research
Extreme Weather
More extreme weather, this time from Australia. The BBC reports that Sydney has experienced its wettest November day since 1984. 91mm of rain fell in 90 minutes, and high winds and flash flooding led to two deaths. 8,000 homes and businesses lost power. Airports were closed and vehicles crashed.
While the storm was intense, it was highly localised. Other parts of the state in the grip of drought got no rain at all.
Sydney storms: Hundreds call for help amid flash-flooding
Juliana
In the US the Juliana case rumbles on but the Pacific Standard asks whether it will ever get to court. The government has continually blocked it, but has not succeeded in getting it dismissed. A date for trial is still to be set.
Meanwhile in Canada a similar case has emerged. ENvironnement JEUnesse (ENJEU),[that’s a French pun] a Quebec-based environmental education group, announced this week that it had applied for authorization for a class action suit on behalf of all the citizens of Quebec under the age of 35. It challenges the Canadian government for insufficient action on climate change. Like the Juliana case, it is expected to take several years to play out.
https://www.climateliabilitynews.org/2018/11/27/canada-youth-climate-lawsuit/
https://psmag.com/environment/will-the-juliana-youth-climate-case-ever-go-to-court
Nuclear Power
You remember that nuclear power station at Hinkley C? There is news from Flamanville where another nuclear plant is being built to the same design. It’s way over budget and years behind time and one of the key issues in the delay has been questions over the integrity of the castings of the reactor vessel. There were concerns that the metal contained too much carbon and would therefore not have sufficient strength. After extensive investigations which have taken years, the nuclear inspectorate in France has authorised the plant to begin operation. Now environmentalists, including Greenpeace France, have filed a lawsuit to block this authorisation.
Although Hinkley C will use the same design as Flamanville, the castings for the reactor vessel have not yet been produced and there is no suggestion that they will have the same problems as those at the French site. Experience is a wonderful teacher. Well, it is in many cases. The experience of Flamanville and a similar site in Finland being massively over budget and years behind schedule seems to have been overlooked when Hinkley C was reviewed in 2016.

And finally…
COP 24, the United Nations Climate Change Conference, is taking place in Katowice in Poland. Preliminary events have begun and the Official Opening Ceremony takes place next Monday 3rd November. COP21 in 2015 was where the Paris Climate Change Agreement was negotiated. It will be interesting to see what comes out of COP24. I’ll keep you posted.
http://cop24.gov.pl
And that’s it…
Yes, it's the end of another episode of the Sustainable Futures Report. Thanks again for listening and, if you are, thanks for being a patron. If you're not well you can find out about it at patreon.com/SFR. It's December next week and we are getting increasingly close to Christmas. There will be at least two, and probably three more episodes before the end of the year, although after that I’m planning a break until the middle of January.
I'm always open to feedback and in particular I'd be interested in your comments on what I said today about population. Like all the topics which I address, it is a vast subject and I've only scratched the surface. If you have opinions or expertise on any aspect of this or indeed on any aspect of sustainability, I'm always keen to hear from you. Drop me a note at mail@anthony-day.com.
Yes, that's it.
I'm Anthony Day.
That was the Sustainable Futures Report.