Energy for IT and the Google Question 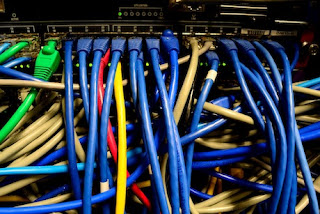 And finally…
AI
I leave you with two stories. The first relates to artificial intelligence (AI), something many people are very afraid of. Working with the United Nations, Consultants McKinsey have found ways in which AI can be used for social good. They claim to have worked on projects across all 17 of the United Nations sustainable development goals. For example, artificial intelligence running on a smartphone can help blind or partially sighted people to find their way around, to recognise friends or to identify banknotes. AI has been used in disaster areas to plot escape routes and in Africa to track and trap wildlife poachers. It sometimes seems that we are overwhelmed by technology and social media is certainly revealing its dark side. Against that there are more and more ways in which developing technologies can be used for good.
http://www.undp.org/content/undp/en/home/blog/2019/Using_AI_to_help_achieve_Sustainable_Development_Goals.html
https://www.mckinsey.com/featured-insights/artificial-intelligence/applying-artificial-intelligence-for-social-good.

Responsible Investing
The other story comes from Transform, the journal of the Institute of Environmental Management and Assessment. They report that investor and shareholder advocacy groups have called on BlackRock, the world’s largest asset manager, to “vastly improve” its climate action commitments and stewardship of highly polluting companies.
In a letter to CEO Larry Fink, nine NGOs including ShareAction and ClientEarth accused the world’s largest asset manager of consistently voting against shareholder climate proposals.
This is despite “growing urgency to tackle the risk of climate change to the global economy”, with BlackRock, which has over $6.4trn (£5trn) in assets under management, said to have a worse track record than other large fund managers.
Hopefully this will do some good, since Friends of the Earth warned this week that we have only 12 years left to sort out climate change. Actually that’s not quite right. What the recent IPCC report said, was that we would face disaster in 12 years time if we didn't start doing something about the climate and emissions now. Mind you, that was last year so now there are only 11 years left.
Slumming it in Davos
Businesses and politicians met in the Swiss resort of Davos this month to discuss global economics. No doubt Black Rock was represented there. The opening keynote was by naturalist David Attenborough warning of the limited time we have to avoid climate disaster. A little ironic that many of the delegates flew in by private jet and choked the streets of the town with their luxury limousines.
At least 16-year-old campaigner Greta Thunberg walked the talk. She took a 32-hour train journey to come and address the conference. With outside temperatures of 0℃ she decided to stay in a tent, rather than a hotel.
"Some people say that the climate crisis is something that we will have created,” she said, “but that is not true, because if everyone is guilty then no one is to blame. And someone is to blame. Some people, some companies, some decision-makers in particular, have known exactly what priceless values they have been sacrificing to continue making unimaginable amounts of money. And I think many of you here today belong to that group of people.”

And that’s it for now.
I'm Anthony Day.
Thanks to my patrons for their support
Thank you for listening and if you would like to be a patron hop across to patreon.com/SFR.
That was the Sustainable Futures Report


-and there’ll be another one next week.
Posted by Anthony Day at Friday, February 01, 2019