Running to Catch Up

Find the podcast on iTunes, Stitcher, Spotify, SoundCloud or via www,susbiz.biz

I’m Running to Catch Up 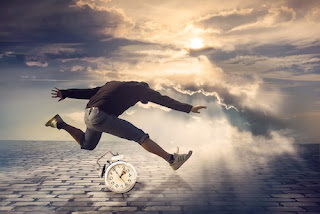 The working title for this episode was Grounds for Optimism, because good things are happening on the sustainability front. Not nearly enough and many challenges remain, but credit where credit’s due.
Hello, it’s Tuesday 21st May 2019, I'm Anthony Day with the latest edition of your Sustainable Futures Report and indeed I’m running to catch up with all the issues and sustainability news which has happened since my last podcast and while I’ve been away. I'm back. I'm on the case. There's plenty to do.
In positive news,
Extinction Rebellion founder Roger Hallam was cleared by a jury over his King's College protest, the Committee on Climate Change believes that the UK 'can cut emissions to nearly zero' by 2050, Greta Thunberg addressed MPs and the UK Parliament subsequently declared a climate change emergency and on the face of it it’s good news that climate change has been a key issue in the Australian election campaign.
On a more challenging note,
After the Extinction Rebellion London protests Cressida Dick, Metropolitan Police Commissioner, called for stronger penalties for demonstrators, the Committee on Climate change warned that it might be necessary to curb the growth in UK flying while the Environment Agency predicted that flooding caused by the climate crisis could force some UK towns to be abandoned. Earlier this month more than a million people had to be evacuated as Cyclone Fani hit India and Bangladesh with costs of damage estimated at more than $4 billion. There are signs of faster melting in world's largest ice shelf and the British government has had to lend £100m to British Steel, a private company, to help it pay its carbon bill.
Upside Down in Australia
First, things seem to have been turned upside down in Australia. Last weekend voters went to the polls in the full expectation that the Liberal coalition would be thrown out of government and the Labor party led by Bill Shorten would take over. The polls have been predicting this for at least the last six months. This election is important because climate change was a major topic of debate. Australia has its climate problems. As a nation it has one of the largest carbon footprints per head in the world. Much of its prosperity is based on mining and exporting fossil fuels - coal and gas. Bill Shorten recognised that action had to be taken but he was criticised throughout the campaign for not specifying how much all this would cost or how it would be paid for. In the end voters rejected what they saw as negative messages. Against the odds, Scott Morrison’s Liberal coalition held on to power and Bill Shorten resigned as Labor leader. No new green policies in Australia, then. How far will Scott Morrison go the other way?
One of the campaign slogans is worth thinking about:
There will be no jobs on a dead planet.

ER in Court
For the two weeks over Easter Extinction Rebellion supporters attempted to block roads across London. Over 1,000 of them were arrested, including founder Roger Hallam. He was one of the few who were actually prosecuted, and in his case it was for alleged criminal damage because he wrote slogans on the walls of Kings College urging the institution to divest itself of oil and gas investments. After a three-day trial the jury found that the potential danger from the climate crisis that Hallam was drawing attention to was far greater then the damage caused by writing the slogans. He and his co-defendant were acquitted.
Demands
Extinction Rebellion’s demands are that the government should tell the truth and recognise that there is a climate crisis, take action to counter it and set up a citizen’s assembly to determine the way forward. They have pledged to continue action until these demands are met. Their actions over Easter blocked several roads in London and the costs of policing the action were reported to be £7.5m.
Police
Metropolitan Police Commissioner Cressida Dick complained that the legislation under which the police could act was out-dated and she called on the government to look at new laws to impose harsher penalties for civil disobedience. Extinction Rebellion has said that until the government accepts its demands it will continue to demonstrate. Cressida Dick says that next time the police will be ready to act much more swiftly and be much quicker to make arrests. Some demonstrators have made it clear that they will not be deterred, even by the prospect of imprisonment.
Home Secretary Sajid Javid, also a contender in the race to replace Theresa May as prime minister, said,
“Let me be clear: I totally condemn any protesters who are stepping outside the boundaries of the law. They have no right to cause misery for the millions of people who are trying to lead their daily lives. Unlawful behaviour will not be tolerated.”
Let’s hope that the government will engage in dialogue rather than confrontation. Let’s hope.
There will be no prime ministers, and no police commissioners on a dead planet.

And In Other News
Steel
Private company British Steel has been negotiating with the government for a £100m loan to help it pay off its bill for EU carbon credits. The situation has changed since the British government opted for Brexit. However, the news indicates that by the time you hear this British Steel may be in administration. Clearly it’s got more problems than just the EU-ETS. (Emissions Trading Scheme). Does this mean the company’s furnaces will go cold and its emissions cease?
Oil
In London this week BP headquarters have been blockaded by Greenpeace. Activists have installed heavy metal containers outside each entrance to the building. There are two people in each unit locked in for the long haul and kitted out with food, books to read, phones and a portable toilet. Other activists have chained themselves to the top of the units. Says Greenpeace: “ BP can’t continue as if it’s business as usual in this #ClimateEmergency we’re in.”
BP staff have been told to stay at home.
The blocks were installed on Monday 20th and the company’s AGM takes place on Tuesday 21st. At the time of writing it’s not clear whether the protesters are still in position.
Air
The government has come in for repeated criticism and legal action because of its poor record on atmospheric pollution. It’s introduced the London Low Emission Zone and encouraged local councils to urge drivers in stationary traffic to turn off their engines and to penalise those that don’t. Now an article in The Conversation claims that turning off your engine could have the opposite effect. It all turns on the catalytic converter. This device strips noxious gases from the exhaust stream, but it only works when it’s hot. The argument is that when the engine is turned off the catalyst cools down so that when the engine is restarted it emits much more pollution than it would have done if the engine had been idling. So far only one study has been carried out on one model of car in the US. More research is definitely needed. Or maybe we should all go electric.
Flyaway
The electric car is not quite here yet. Certainly the UK charging infrastructure is fragmented, unstandardised and unreliable. How about the electric taxi? The electric flying taxi. I’ve always been very sceptical about flying cars but this autonomous flying taxi, capable of carrying 5 passengers for 150 km, could be the future. It’s in development at the moment but it looks amazing. Have a look at the video on the website: lilium.com

And Finally…
I need your help. I’ve been invited to appear on Radio Sangam next month and chat to presenter Martin Morrison about the climate crisis and other environmental issues for two hours. He’s asked me to suggest 10 songs to play. Have you any ideas? Bear in mind that the station broadcasts principally to the Asian community. Let me know at mail@anthony-day.com.

And that’s it. Apologies for the break in transmission. I’m aiming to get back to my weekly timetable with the next episode on Friday 31st May. Particular thanks to my Patrons for staying with me. If you’d like to show your support and keep the Sustainable Futures Report ad-free please go to patreon.com/sfr and sponsor me from as little as $1 per month. It all goes towards my hosting and research costs.
I’m Anthony Day.
Thanks for listening
That was the Sustainable Futures Report and there’ll be another next week.

The Guardian view on a Green New Deal: we need it now
https://www.theguardian.com/commentisfree/2019/may/12/the-guardian-view-on-a-green-new-deal-we-need-it-now

‘This report will change your life’: what zero emissions means for UK
https://www.theguardian.com/environment/2019/may/02/this-report-will-change-your-life-what-zero-emissions-means-for-uk
https://www.theccc.org.uk/2019/05/02/phase-out-greenhouse-gas-emissions-by-2050-to-end-uk-contribution-to-global-warming/

Climate change: UK 'can cut emissions to nearly zero' by 2050

Research suggests that restarting engines could be more polluting than just letting them idle.
https://www.bbc.co.uk/news/science-environment-47525885
http://theconversation.com/want-to-help-cut-air-pollution-you-might-need-to-keep-your-engine-on-116704