Find the podcast on iTunes/Apple podcasts Stitcher, Spotify, SoundCloud or via www,susbiz.biz 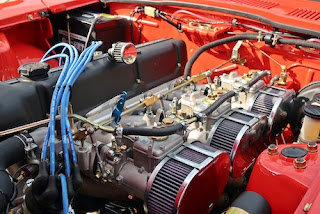 I’ve mentioned a company called splosh.com a number of times. They sell detergents, handwash, washing up liquid and so on as concentrates, delivered by post. You just mix it with water in your re-usable bottle. You can send the empty concentrate containers back to them for recycling by freepost. I just don’t know why they’re not cleaning up. I did ask them for an interview a few months ago but they said the time was not right. Maybe I should contact them again. Meanwhile we’ve been using their products at home for at least the last five years. In the same bottle.

And finally,
Catch the BBC’s War on Plastic on iPlayer with further episodes to come on Mondays. I told you last time about the dumps in Malaysia. In these programmes Hugh and Anita show you the pictures, and they tell you a lot more eye-opening statistics. More to come.
I also spoke last time about electronic waste and rare earth metals. On the day of publication I went to a lecture on that topic as part of the York Festival of Ideas. I learnt an awful lot more and I'm meeting with the presenter for an interview shortly, which I'll share with you.
I was on Radio Sangam for two hours on Sunday. Thanks to those of you who came up with ideas for the playlist which we used. I’ve been promised a link to the recording, so you can listen and see what you think.
That's it for this week. I'm Anthony Day and that was the Sustainable Futures Report. I've been talking about climate change and the environment and pollution and raising related issues for 10 years and more and it's been quite a difficult task to find audiences that want to listen. All of a sudden that's changed so I hope that I can continue bringing you this podcast as well as talking to live audiences across the country. If you have an audience or group or an organisation that would like some awareness-raising on the broad panorama of sustainability, from climate change to pollution, do get in touch. Contact me at mail@anthony-day.com.
Well, as I always say, there will be another episode next week. There are just so many things going on and so many people I want to talk to and interview about climate change, climate catastrophe and how we go forward. If you have any ideas on things which you think I should follow up I'm always ready to hear them, but I'm afraid it may take me a while to be able to act on them.
Oh, and if you’d like to continue to support the Sustainable Futures Report why not become a patron from as little as $1 per month? You’ll find details at patreon.com/sfr. Thank you to all my existing patrons, and thank you too for listening.
End of another episode.
That was the Sustainable Futures Report .
I'm Anthony Day
Till next time.

Sainsbury’s Future of Food
https://www.about.sainsburys.co.uk/~/media/Files/S/Sainsburys/pdf-downloads/future-of-food-08.pdf
How one woman’s crusade against plastic sparked a new era at Waitrose
https://www.theguardian.com/environment/2019/jun/08/eco-campaigner-victory-supermarket-plastic-packaging