Digging In
Hello and welcome to the Sustainable Futures Report. I’m Anthony Day and it's Friday, 21st February. 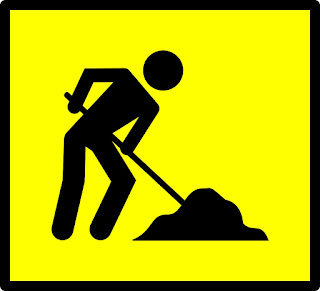 This Week
This week Extinction Rebellion has been digging up a lawn and calling up a storm. In other news Microsoft is committing to going carbon negative, carbon labelling seems to be back and Drax claims that the UK is getting cleaner because they are burning wood, while the government is making plans to shut down your stove - you know, the one that burns wood.
Jeff Bezos, CEO of Amazon is throwing money - $10 billion - at the climate crisis, but is it enough? Political economist Ann Pettifor says that a shortage of money will never be a problem with dealing with climate change; the main obstacle is mobilising the skills and resources to do what’s needed. And the financial institutions don’t help either.
There’s a special report from the the you-couldn’t-make-it-up dept, but first what has Extinction Rebellion been up to in Cambridge?
XR
Well, XR made headlines this week after digging up the lawn at Trinity College, a lawn which almost nobody is even allowed to walk on. This is part of an ongoing protest across Cambridge, fighting against the climate emergency. In this particular case XR demands that Cambridge University should cut its ties with the fossil fuel industry by liquidating its investments, by no longer allowing fossil fuel companies to portray their destructive activities in a positive light by sponsoring institutions, conferences, professorships and prizes, by no longer carrying out research into fossil-fuel technologies and by excluding such “destructive corporations” from careers events.
XR is also protesting at the decision of the University to sell some of its agricultural land in Suffolk to the Port of Felixstowe for the construction of a 3000-vehicle lorry park.
The protests have continued with roadblocks across the city for several days and numbers of activists have been arrested. XR Cambridge tweeted:
“Rebels have now been arrested for digging up the ecologically sterile #TrinityCollege lawn. Meanwhile if you know the right people in this country no environmental destruction is off limits. If you're really lucky you can do this [picture of open-cast coal mine] and make loads of money in the process!”
Correspondents to my daily newspaper were not happy. “If they had planted trees instead they would have made a positive contribution to tackling climate change,” said one. “Digging up a lawn releases carbon dioxide and nitrous oxide into the atmosphere,” said another.
I've written my own letter to the paper and we’ll see if they publish it. This is what I've said.
“Digging up Trinity College lawn got publicity for Extinction Rebellion but if they had merely planted trees they would have been ignored. How much more of Australia needs to burn, how much more of Britain needs to flood before serious action is taken to address the climate emergency? It’s a lot more important than some patch of grass in Cambridge.”
Putting a Label on it
Quorn, the meat substitute company, has been called the first major brand to introduce carbon labelling on its products. Not exactly true, because companies including Walker’s Crisps adopted the carbon label when the Carbon Trust launched that scheme back in 2006. (You no doubt heard about it on the Sustainable Futures Report, although it wasn’t called that then.) That scheme was closed in 2012 because of costs and lack of significant uptake by other organisations, although Tesco was involved for a time. Quorn now publishes carbon data for its products on its website, based on data verified by the Carbon Trust.
Quorn says,
“The stats are stark. 26% of global greenhouse gas emissions come from food, with the footprint from animal products alone making up over 50% of the industry’s global carbon emissions. It’s really quite simple: choose food that produces less carbon emissions as a step in the right direction to prevent climate change.”
They aim to track emissions from farm to fork in calculating what they call their carbon “foodprint”.
There’s been some criticism that Quorn foods are highly processed and far from natural plants, but surely anything that raises consumer awareness of carbon impacts is worth supporting. It will be interesting to see whether the Carbon Trust can be successful this time in extending the scheme to other producers.