Working together - an interview with Simone Hindmarch-Bye

Listen to the full podcast, published on Friday 22nd January, at www.susbiz.biz

This week’s episode of the Sustainable Futures Report is mainly about Employee Engagement. I’m very pleased to have Simone Hindmarch-Bye, Director of Commercial Ltd, as my interview guest. She introduces her company where they not only motivate their staff to be focussed on sustainability, they get their clients and their suppliers on board as well. They’ve been running their CSR days for nearly 10 years and you’ll find more about them on YouTube. Unfortunately the interview itself is only available on the podcast:  link above. 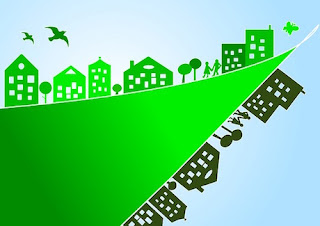 I'm Anthony Day and welcome to another episode of the Sustainable Futures Report. I’ll tell you about the Sustainable Best Practice Exchange later (14th April - don’t forget) but in the meantime if you need a chairman, emcee, panellist or keynote speaker for your conference, webinar or awards ceremony, call me now. I’m on 07803 616877 or mail@anthony-day.com.

First, a few comments about items in the news; the oil price, air quality and the Winning of the Carbon War.

The oil price is now below $30/barrel, the lowest for 12 years, and people are beginning to ask whether it can go even lower, maybe even as far as $10. They are also asking how good this is for the global economy. On the one hand cheap oil cuts the overheads of business and makes it easier for consumers to run their cars and in some cases to heat their homes. On the other hand it makes it extremely difficult for oil companies to turn a profit and certainly restricts their capacity to invest in exploration or to renew plant. Oil shares have been seen as high quality, blue chip investments for decades. Many pension funds rely on them as a key component of their portfolios. If the value of oil shares falls, the wealth of pensioners declines. Unexpected consequences, as we discussed last week. Last week RBS advised investors to sell everything except bonds and government stock, not solely because of the falling oil price, but they certainly mentioned it in their briefing note.

Why is oil so cheap?

Partly because demand, principally from China, is declining as global economic activity slows down, but mainly because Saudi Arabia continues to produce more than the market needs. It wants to drive the price down so that it can maintain market share by making US fracking uneconomic. It has certainly gone a long way towards that, and is seriously affecting the viability of oil from Canadian tar sands and from the North Sea. It's also making it more and more difficult for renewable energy to compete with fossil fuels, although the gap is significantly narrowing. Another problem is that the low price is cutting Saudi’s revenues and depleting their reserves to the extent that they may have to consider introducing income tax - or even sending the princes out to work. As long as they can manipulate markets so that the US continues to depend on the Middle East for oil the US will maintain a military presence there, which is in Saudi Arabia’s interests. It is also in the interests of the UK, which relies on the Middle East for both oil and gas.
There are tankers moored around the world, full of surplus oil. There are trains of tanker-trucks, also full of oil, parked in sidings. The owners are waiting for supplies to falter, driving prices back up. How likely is this? Well, last week an agreement was reached with Iran over nuclear developments and sanctions have been lifted. Iran  can now freely export its oil again, adding another million and later two million barrels to world supplies; four million barrels in total. Adding this to Saudi’s daily production of 10 million barrels can surely only keep prices low.

There has been much speculation about the consequences of the low oil price, but it’s as though COP21, last month’s international climate change conference, never happened. The delegates left the conference announcing their commitment to keeping global warming down to 1.5℃ by cutting carbon emissions. Commentators said that this was the beginning of the end for the oil industry, but conversations and interviews about the oil price seem to be based on business as usual. The Guardian reports that several streets in London have already exceeded their total annual limit for emissions of nitrous oxide, a pollutant created by motor vehicles, but has anything been said about restricting the use of petrol and diesel? Last July the Chancellor actually reduced the tax on cars with higher emissions. Plus ça change, plus c’est la meme chose. The more it changes, the more it stays the same. But is anything changing at all?

The Winning of the Carbon War

... is the book by Jeremy Leggett that I have been mentioning for the last 12 months. The final chapter is now available as a free download from his website at JeremyLeggett.net, or you can buy the hard copy version, in which case part of the price goes to his Solaraid charity to provide solar powered lanterns to remote parts of Africa.

The final part of this book is a detailed account of COP21, the Paris climate change conference which took place last December. Jeremy was there throughout, listening, reporting and presenting to meetings and events in Paris. He ends his book on a highly optimistic note. I think this is based more on his expectation of the actions that will be taken by commercial organisations than on the promises of politicians. What I read about the process and subsequent comments has made me pessimistic, but Jeremy was there. Whatever the outcome of the conference, we are united in believing that action is urgently required to mitigate climate change and secure this planet for future generations. Let's keep the global corporations up to the mark and, as Simone Hindmarch-Bye says, let's vote with our pounds and boycott those that fall behind.

...takes place on 14th April in Harrogate. Registration opens next week and I’ll update the website at susbiz.biz to give you the link. I’m the conference chair, but if you have a conference which needs chairing in the meantime, please do get in touch.

I look forward to seeing you in Harrogate on 14th April, but of course there will be a new episode of the Sustainable Futures Report every Friday between now and then.

Posted by Anthony Day at Thursday, January 21, 2016 No comments: