The podcast is here. 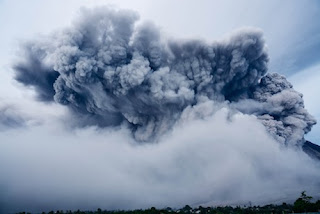 https://secure.greenpeace.org.uk/clean-power
https://www.theguardian.com/business/2017/sep/10/uk-windfarms-become-cheaper-than-hinkley-point-c
Outlook Sunny
There’s been some good press for the government on the energy front with the announcement that tenants of 800,000 social houses are to get free solar panels. The scheme is led by renewable energy supplier Solarplicity and funded by Dutch bank Maas Capital. The extent of the British government’s involvement seems to be negotiation of the loan by the Department for International Trade and a photocall by Minister Greg Hands.
The way it will work is that tenants will get the panels installed at no cost to them and Solarplicity will provide them with electricity on a tariff significantly cheaper than those available from the Big Six suppliers. Typical savings of £240 per household per year are promised. The installations will be paid for from revenue from the tenants, from the government’s feed-in tariff as paid to all solar panel owners and from payments for any unused power sold back to the grid. A new army of installers is to be recruited, principally from among ex service personnel. Since many solar installation companies collapsed as a result of short-term changes to government tariffs there will be no alternative but to recruit and train new installers.
https://solarplicity.com/social-landlords/
Clearing the air - or not
Sadly the British government is never far from censure. It was criticised again this week for lack of action to address air pollution, in spite of losing twice in the courts and being ordered to implement effective measures. This latest criticism came not from the EU but from the United Nations’ (UN’s) special rapporteur on human rights related to toxic waste, but this government increasingly seems to believe that it can do what it likes regardless. This week it has pushed through measures to give it a majority on all of the parliamentary committees, despite the fact that it does not have an overall majority in Parliament.
https://www.theguardian.com/environment/2017/sep/10/uk-flouting-duty-to-cut-air-pollution-deaths-says-un-human-rights-report
Brexit means...?
Criticism of the government as well over the effect of Brexit on environmental legislation from campaigning lawyers Client Earth. Their argument is over the consequences of the Great Repeal Bill, the legislation that will remove EU law from the UK as part of the Brexit process. We are talking about replacing a body of legislation that has taken over 40 years to build up, and the government is planning a comprehensive transfer of the regulations into English law, but allowing ministers to amend the detail at their discretion and without the approval of Parliament. The regulation of clean rivers, clean beaches, countryside and wildlife could be varied without debate. This principle extends across a whole swathe of issues; effectively allowing ministers to make law in all areas. Unsurprisingly, this has caused uproar in all parts, but so far the Great Repeal Bill is proceeding steadily towards the statute book. Will Members of Parliament wake up before it’s too late?
https://www.clientearth.org/ministers-misleading-public-brexit-uk-environment/

Law of Unintended Consequences Department
Why are hundreds of mature trees being felled in Sheffield, London and other cities? Constant pressure from government in the name of austerity forces local authorities to contract out more and more services. In Sheffield it was decided to pass the management of city trees to service company Amey for the next 25 years. Amey have realised that newly-planted trees take far less maintenance than mature trees; hence they chop down mature trees and plant saplings. Even rare species have gone without protest from the council, although there has been loud protest from community groups. The reason why the council has not stepped in to protect any of the trees lies in the small print of the 25-year contract. If the council requires that any trees should be preserved then the agreement says that the responsibility for maintaining those trees reverts to the council.
A scientific analysis of tree values estimates that trees worth some £66m have so far been felled under the so-called Streets Ahead programme. And that’s in Sheffield alone.
A link to the study is here: https://savesheffieldtreesorguk.files.wordpress.com/2017/09/cavat-valuation-report-on-street-trees-in-sheffield.pdf
https://www.theguardian.com/commentisfree/2017/sep/11/price-urban-trees-chainsaw-chestnuts-london-elm-sheffield
What about Pete?
And if we’re not preserving trees, what about gardening? The Royal Society for the Protection of Birds, Wildlife Trusts, Plantlife and Friends of the Earth wrote a joint letter to the press this week:
“The importance of our remaining peatlands to people and planet is hard to overstate. They are the unrivalled kings of carbon storage. Known peatlands cover about 3% of the world’s land surface yet store twice as much carbon as all of Earth’s standing forest and provide a haven to unique wildlife – from threatened wild flowers through dragonflies to curlews. Yet 2m cubic metres of peat are sold annually for us to plant begonias and tomatoes.”
I saw a bag of growing medium in a garden centre the other day. On the bag it said, “The peat contained in this product was not harvested from a site of scientific interest.” So that’s all right then.
https://www.theguardian.com/lifeandstyle/2017/sep/10/keep-peat-and-our-plants-safely-in-the-ground
Refreshment Break
Ok - let’s take a break. Fancy a drink - and maybe a snack? Across the globe some 2bn people regularly eat insects. They are far more efficient at creating nutrition than cattle, sheep or poultry. Now the Swiss Coop store, or at least 7 of its 2,500 branches, are selling insect balls and mealworm burgers. The story is that they are doing this legally because there are now specific regulations to cover insects as human food in Switzerland. There are no regulations on this within the EU and a quick search shows that such products are readily available on line. Here’s the description from one supplier’s site:

And jiminis do sell crickets.

No, actually that was a potato crisp.

You won’t catch me eating insects. Not when those three 18g-boxes cost £18! That’s about $24 US or €20.
Until next time
That brings the Sustainable Futures Report to a conclusion for another week. I'm Anthony Day and thank you for listening. Special thanks to my patrons for their continuing support. You too can be a patron - just go to patreon.com/sfr
I’m already thinking about next week’s edition and I've been approached by organisations that want to talk on the podcast about fusion energy and about copper, so they may well appear in due course. If you have a particular interest that you’d like me to follow up or that you would like to talk about on this podcast, please get in touch. As always I’m at mail@anthony-day.com. I've got some other really interesting items coming up over the next few weeks. All will be revealed shortly.

I'm Anthony Day. Here's hoping you have a really good week and we'll catch up again next Friday.

Posted by Anthony Day at Friday, September 15, 2017 No comments: