Find the podcast on iTunes iTunes/Apple podcasts, Stitcher, Spotify, SoundCloud or via www,susbiz.biz 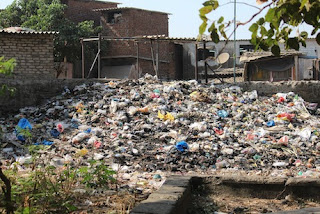 Limited Recovery
Even when recycled, a significant amount of electronic material cannot be recovered. This includes a whole range of rare earth metals, so called because that’s what they are - rare. Production has ceased in the United States principally because the mining and extraction process is extremely polluting. In fact some companies have abandoned their mines and gone bankrupt in the face of enormous liabilities for environmental pollution. China has the monopoly on rare earth metals and is reluctant to export them, although it may allow foreign companies to build factories in China which can use rare earth metals for products which then can be exported. We hope this will continue in spite of the increasing trade disputes with the US, although rare earth metals could be a key bargaining chip.
Apart from smart phones and domestic electronics from washing machines to security cameras and games consoles to burglar alarms, these materials are used in wind turbines and electric cars. The remaining global supply of some of them is calculated in years, not even decades. It will be a fundamental limitation on the expansion of renewable energy and electric transport. Designing electronics so that these materials can be reused becomes more urgent by the day. Circular economy anyone?
If we do convert our transport fleet to electricity we must seriously consider whether it is sensible to lock away crucial materials in vehicles that are idle on average for 23 hours each day.

The Recycling Illusion
Last week the BBC's File on Four documentary programme examined material sent for recycling by councils in Wales. It found it 7,000 miles away in Indonesia. Since China stopped accepting waste for recycling in 2017 it's been necessary to find other destinations because the UK does not have the capacity to recycle everything itself. The material under investigation in Indonesia was sent to a paper mill in 9 tonne bales. According to an insider at the mill, every bale from the UK is contaminated, containing on average 25% of plastic; sometimes as much as 50%. This plastic is separated out at the plant and then driven away and dumped in local villages. Local people then pick through the bits which can be sold and others use it to fire cooking stoves with no thought for the damage done to them by the fumes. The picture accompanying the programme shows an ocean of waste plastic which has drifted into the river which the villagers rely on for fish and drinking water, but now it's poisoned and polluted by plastic. The Indonesian government was approached and said that it was reviewing the situation. There are allegations that the mill is now burning the scrap plastic to hide the evidence. The local councils in Wales were approached and they too are carrying out investigations.
China Closes the Door
Faced with the loss of China as a destination for waste, the UK sent rubbish for recycling all over the world last year, including 80,000 tonnes to Turkey. There are serious doubts that Turkey has the capacity to recycle this material as it can only deal with 10% of its own domestic waste. It’s estimated that only 30% of the material received is processed and the rest is either burnt or buried or fly tipped.
It's illegal to export contaminated material. It's also illegal to export material to destinations where it cannot be properly recycled. The Environment Agency monitors the export of waste for recycling although it has no powers to visit overseas sites to see whether they conform. Apparently 100 containers of waste are exported from the UK each day, and the agency says that some of these are turned back by their officials, some before they even get as far as the port. But it’s clear that many are still getting through.
Money, money, money.
At the root of all this is money. All organisations with a turnover of more than £2 million handling more than 50 tons of packaging per annum must register under the Packaging Producer Obligation. They must then purchase Packaging Recovery Notes from an authorised recycler or exporter for every ton of waste which they pass on to them. The cost of these notes depends on the cost of recycling which in turn will depend on the nature of the material. The price per ton is currently running around £200. Clearly, unscrupulous exporters who can get round the Environment Agency checks and send material abroad to be dumped can make a lot of money. Meanwhile consumers who though they were doing the right thing by sorting out their recycling have been thoroughly conned.
And Elsewhere…
While the Radio 4 programme took waste from Wales as an example, it’s highly probable that waste from the rest of the UK is diverted and dumped, and waste from countries across Europe as well. The Guardian reports that last week the president of the Philippines, Rodrigo Duterte, threatened to sever diplomatic ties with Canada if the government did not agree to take back 69 containers containing 1,500 tonnes of waste that had been exported to the Philippines in 2013 and 2014.
Canada had refused to even acknowledge the issue for years but as the dispute escalated, Duterte declared that if the government did not act quickly, the Philippines would tow the rubbish to Canadian waters and dump it there.
Sending it Back
On 23 April a Malaysian government investigation revealed that waste from the UK, Australia, United States and Germany was pouring into the country illegally, falsely declared as other imports. Enough was enough, said Yeo Bee Yin, the environment minister. “Malaysia will not be the dumping ground of the world. We will send back [the waste] to the original countries.” And it’s started. Five containers of illegal rubbish from Spain have already been sent back and another 3,000 tons are on their way to other coutries including the UK.
Something must be done
According to reports, some expect the annual production of plastic to grow from 350m tons to 1800m tons by 2050. I think it’s reasonable to say that something must be done to prevent that.

And finally,
I’m on Radio Sangam on Sunday. You remember I asked you for ideas for my playlist? Many thanks to friends Michael and Gilli and to listener Bob Gordon down there in Australia for a whole wealth of suggestions. I’ll be interested to see what the show host selects.
Oh and I did complete my journey. They couldn’t move the cows so they rolled us back to a station and found a bus. I got in 2.5 hours late.
Apologies for the late publication this week. There’s been a lot going on and I’m holding some things over, including a report on food waste, until next time. As I explained, much of this week has been taken up with preparing and delivering a corporate presentation. If you need a speaker for your next event please bear me in mind. You can see me in action on video - there’s a link on the blog at www.sustainablefutures.report. Every presentation is updated and tailored to each audience.

That’s it for now.
I’m Anthony Day.
That was the Sustainable Futures Report.
There’ll be another episode next week.

Recycling - or not.
Treated like trash: south-east Asia vows to return mountains of rubbish from west
https://www.theguardian.com/environment/2019/may/28/treated-like-trash-south-east-asia-vows-to-return-mountains-of-rubbish-from-west