How Smart is your Smart Meter?

Find the podcast at iTunes, Stitcher, Spotify or via www.susbiz.biz 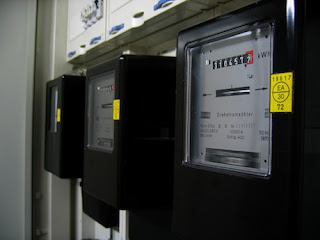 http://www.cityam.com/263563/earn-thousands-your-car-worlds-biggest-car-sharing-platform
https://turo.com
Go East, EV Driver
If you like electric cars maybe you should sign up for the Global EV Road Trip in the UAE and Oman in January next year. The organisers say:
“During previous events we have had Tesla, the Chevrolet Bolt EV [that’s the Opel Ampera-e in Europe] and Renault Zoe. Every year we bring on new models that are available in the market and we aim to have as many as possible. You will have a dedicated car which becomes your car for the road trip. You will mainly drive this car however you will have many test drive opportunities of all the other cars.
Regarding cars preferences, it's first come first served. Book your seat now so that you can select which car you'd like!”
The full trip costs just under £2,000, with your flights on top. I can’t help thinking that the emissions from the flights alone will probably wipe out the savings from any electric car you might have at home. Don’t let me stand in your way. Just go to https://www.evrtmiddleeast.com And do send us a postcard.
Energy from No Coal
Energy, of course, is not just about electricity. In 2015 the total primary energy demand in the UK was 202.5 mtoe and some 29% of this was used for space heating. Almost all of that was generated directly or indirectly from fossil fuels. In fact 50% of all gas used in the UK is used for heating, and since 2004 we have been net gas importers.
Last week I was at an event in Leeds where I met Professor Jon Guylas of Durham University. He explained to me how together with Assistant Professor Charlotte Adams and team he was working on the potential of extracting heat from geothermal resources. In theory geothermal energy is available to everyone, because wherever you are in the world if you drill into the earth’s crust the further you go the hotter it gets. Getting the heat out requires a fluid to carry it. Water is ideal. One source of warm water is flooded coal mines, of which there are many in the UK. Coal mines tend to be near communities, the former mining communities, so the heat can be easily transferred into district heating systems. Of course the water in coal mines is not typically boiling hot, in fact it’s only about 14-16℃, but a heat pump can raise the temperature to useful levels.
If I were writing this on a page I would now put in a side panel to explain what district heating and heat pumps are, and you can ignore this if you know already. However I can’t do this in a podcast so bear with me while I remind those who may have forgotten.
Explainer
District heating is very common in the US, in Europe and particularly in Eastern Europe and Russia. Very hot water mains are laid in the streets and spurs led off to each property. In almost every UK house there is an individual boiler but every house in a district heating scheme has a heat exchanger, (like one radiator inside another), where the very hot water heats water for domestic taps, showers and radiators. I read somewhere that the system worked so well in the former Soviet Union that the only way to control the heat in mid-winter was to open the windows. I understand that control systems have since been improved and they are now using quite a lot less energy.
A heat pump works like a fridge. It extracts heat and pumps it out via a radiator. Put your hand down the back of your fridge if you don’t believe me. A heat pump could power a district heating system by extracting heat from a flooded mine. Typical efficiency yields 4:1. In other words, every kWh of energy put into running the pump yields 4kWh of heat.
On the blog there’s a link to an article by the Durham team explaining all about this. They also published an article: “Keeping warm: a review of deep geothermal potential of the UK”, which appeared in the Proceedings of the Institute of Mechanical Engineers Part A, Journal of Power and Energy.
Here’s a quotation from the abstract:
“The consequences of developing a substantial part of the UK’s geothermal resource are profound. The baseload heating that could be supplied from low enthalpy geothermal energy would cause a dramatic fall in the UK’s emissions of greenhouse gases, reduce the need for separate energy storage required by the intermittent renewables (wind and solar) and underpin a significant position of the nation’s energy security for the foreseeable future, so lessening the UK’s dependence on imported oil and gas. Investment in indigenous energy supplies would also mean retention of wealth in the UK.”
I will monitor this important story and keep you informed of developments.
https://theconversation.com/we-could-use-old-coal-mines-to-decarbonise-heat-heres-how-83848
Smart Metering
How Smart is your smart meter? Earlier this year I started researching for a PhD at the Leeds Sustainability Institute of Leeds Beckett University. I’ve subsequently withdrawn from the course, for reasons explained later, but in the relatively short time that I spent on this assignment I did find out quite a lot about smart meters.

So that’s it.
Yes, that’s it for another week. I must make clear that all the stories in the Sustainable Futures Report have certainly been assembled without academic rigour. The message then, as seen on many investment self-help sites, is DYOR. That’s do your own research, and as always I provide links to my stories on this blog at www.sustainablefutures.report to give you a starting point.
I’m Anthony Day.
Many thanks to you for listening, particular thanks to patrons for supporting and special thanks to Tom de Simone for being our very latest patron. You too can be a patron if you hop across to patreon.com/SFR.
That was the Sustainable Futures Report and there'll be another one next month. In fact there will probably be another one next week because of course next Friday is 5th October. Between now and then enjoy everything you're doing and if you have any ideas, suggestions or comments contact me at mail@anthony-day.com.
Special Offer!
Just before I finally go, I have a special offer for you. You remember that I reviewed Catherine Weetman’s book on the circular economy last time? She’s offering a special 20% discount to Sustainable Futures Report listeners. Go to koganpage.com - the full link is on the blog - https://www.koganpage.com/product/supply-chains-for-a-circular-economy-9780749476755, and use the discount code  CIRCULAR20 which she assures me makes it even cheaper than at Amazon.
And that really is all!