Find the podcast on iTunes/Apple podcasts, Stitcher, Spotify, SoundCloud or via www,susbiz.biz 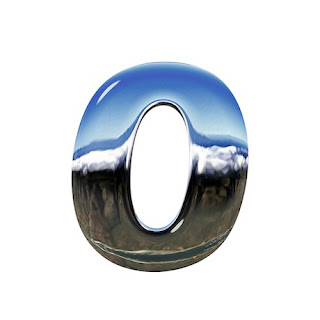 I'm Anthony Day with your weekly helping of sustainability news. This is the week when Extinction Rebellion promised to blockade Heathrow airport but didn't, the week when Heathrow airport opened consultation on its plans for a new third runway, when outgoing prime minister Theresa May pledged to reduce the U.K.'s carbon emissions by not 80%, but by a full 100% by 2050. She's obviously leaving that for somebody else to achieve and we’ll examine how feasible that really is.

Is there more to life than GDP and growth? And how should we talk about all these sustainability issues? And 1984? Have you read it? This year is the 70th anniversary of its publication. It's the story of a totalitarian surveillance society. That certainly didn't happen in 1984, but you can make up your own mind about what's happening now.
Welcome
First of all, a big hello and welcome to all of you across the world listening to the Sustainable Futures Report podcast. If it's your first, fifth or 50th time you're very welcome. And a special thank-you to my patrons who each contribute a small amount each month which helps to cover the costs of hosting and preparing this podcast. Find out more about that at patreon.com/sfr. All opinions are my own, the illustrations on the blog generally come from Pixabay, but otherwise I'll purchase from Shutterstock or similar. The music is licensed as well. I rely on a wide range of newspapers, TV and radio programmes and websites for content  and I credit my sources wherever possible. You'll find all the links on the blog, which contains the full text of each episode and it's at www.sustainablefutures.report.
Blockade
Extinction Rebellion announced plans to blockade Heathrow Airport on 18th June in protest at the proposed third runway, but admitted the day before that it would not do so, nor would it disrupt the airport in July. Extinction Rebellion supporters have been prepared to be arrested at previous demonstrations, but maybe it was the threat of penalties including life imprisonment that led them to back down. Or perhaps it was a publicity stunt and they intended to back down all along.
Net Zero
As Theresa May leaves office she has announced that the UK will reduce its GHG emissions by 2050 as I said, not by 80% but by a full 100%. Zero net emissions by 2050. Is this a response to Extinction Rebellion’s Easter demands for the government to tell the truth, admit that there’s a climate crisis and announce plans to deal with it? Or perhaps Mrs May intended to do this all along.
What has she actually done? Last month Parliament debated the issue and came to a conclusion - without a vote - that there was indeed a climate crisis. This is now a matter of record, but the debate has no executive consequences and did not bind the government or instruct it do to anything at all. Mrs May says we will end the UK contribution to climate change by 2050 and claims that the legislation puts the UK on the path to become the first major economy to set net zero emissions target in law. What she has done is to amend the 2008 Climate Change Act to say that the UK’s net emissions will be reduced by 100% of 1990 levels, instead of the previous 80%, taking into account technological advances since the Act was first passed. Interestingly, the explanatory note to the amendment states “A full impact assessment has not been produced for this instrument.”
Youth Steering Group
At the same time the prime minister announced the creation of the Youth Steering Group. The Group, set up by the Department of Culture, Media and Sport (DCMS) and led by the British Youth Council, will advise Government on priorities for environmental action and give a view on progress to date against existing commitments on climate, waste and recycling, and biodiversity loss. They will start their review in July.
CCC
The main advice on how to achieve the 2050 target comes from the recent report of the Committee on Climate Change. As reported last month, the Committee set out the following steps:

And in Other News..
Batteries
Scottish Power is reinforcing its green credentials by installing battery storage. The company will connect an industrial-scale battery, the size of half a football pitch, to the Whitelee onshore windfarm early next year to capture more power from its 215 turbines. They claim that the 50MWh unit marks a big step towards continuous renewable power for UK.
Coal
While Scottish Power is optimising its renewables and Norway is dropping fossil fuel investments from its sovereign wealth fund, coal is still in demand - increasing demand - for generating electricity. Witness the new coal mine operated by an Indian company in Queensland, Australia. The British government has also give approval for the opening of a deep coal mine near Whitehaven in Cumbria. That coal may not be for electricity, rather for metallurgical use, but once burnt for whatever purpose, coal leaves emissions.
Extreme Weather
I was talking to audiences earlier this month about extreme weather and how a month’s rain in an afternoon was becoming increasingly common. Last week parts of Lincolnshire received two months’ rain in two days and hundreds of people were evacuated from their homes. As I write this the Met Office has issued a yellow warning of further rain, hail and thunderstorms in the area. Climate change? It’s just weather, isn’t it Mr Trump?
They’ve got some in France, too. France declared a state of natural disaster after rain and hail storms lashed a swathe of the south-east on Saturday 15th June, devastating crops.
The flash storms, which brought hailstones as big as pingpong balls to some areas, killed two people in France and Switzerland, and injured at least 10 others.
The worst-hit area, the Auvergne-Rhône-Alps region, is at the heart of France’s food production and known as the “orchard of France”.  The storms lasted for as little as 10 minutes, but still wiped out 80% - 100% of crops.
Getting Control
We need to stop this. The problem is that the climate crisis is like stopping an oil tanker. You can put an awful lot of energy into slowing it down, but you have to wait - and wait - before you actually see any effect. Meanwhile people are urging us to keep going because we haven’t hit anything yet. True, but when we do, the collision will be catastrophic.
And on that note…
And on that happy and uplifting note I leave you for another week. I'm Anthony Day and that was the Sustainable Futures Report. Thank you for listening and thank you for your support. I'm always keen to get your feedback either online or is sent to me directly via mail@anthony-day.com
More to come
I've got a number of topics lined up for future episodes, at least in my mind. Next week’s episode will again be about plastic pollution - there’s so much more to report. I'll also look at direct air capture of carbon dioxide, about synthetic meat and about global heating, heat waves and ice melt. (And you can guess how the voice recognition software spelt that.)
Rare Earths
The topic for the following episode will be rare earths. I touched on them briefly last time: but I now know much more on their use, on their extraction and their recycling. I'll include an interview with Dr Alice Courvoisier on the subject. The week after that I hope to be able to look at the catastrophists;  people who believe in near-term human extinction and social breakdown. Why do they believe in this? What do they believe we should do?
Any hope?
People have asked me whether there is any hope and whether we are wasting time bothering about the future. My response is that if I didn’t believe in a future or at least in my ability to do something however small about it, I wouldn’t bother getting up in the morning.
I do. And so should you.
Let the future be what we make it, not what happens by default.
I’m Anthony Day.
That was the Sustainable Futures Report.
I’ll be back next week.
I hope you will.