Keep it clean and keep growing 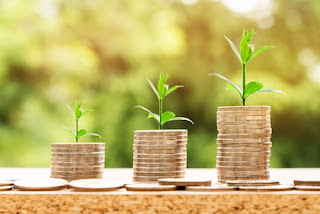 It's Friday! This is Anthony Day and here is another Sustainable Futures Report. Thanks and welcome to all my patrons. Welcome to listeners all over the world – a record number for last week’s episode. I must be doing something right. If I'm not, or if there is something I could do better, let me know at mail@anthony-day.com .
My objective with the Sustainable Futures Report is to bring you news about climate challenges and information about technical advances and plans and initiatives which can safeguard our planet while improving the quality of life for ourselves and for everybody else.
So what's new and sustainable this week?
This week the British government published its Clean Growth strategy. Australia updated its energy policy as well. Both will be controversial. One of the major oil companies has seen the light and finds it’s electric. Talking of seeing the light, a famous journalist seems to have had a Damascene conversion. Will the Daily Mail allow him to write for them ever again? Would you like a nuclear power station at the bottom of your street or would you prefer to rely on the tides? But there are more question marks over tidal power from Swansea Bay. Are the developers getting themselves in a hole? Electric cars seem to be coming to a bump in the road in Norway and in Canada there may be problems in the pipeline. How big is your carbon footprint? If you show me yours I’ll show you mine.

https://www.renewableenergymagazine.com/panorama/a-whole-energy-systems-approach-can-help-20171018
https://www.gov.uk/government/uploads/system/uploads/attachment_data/file/651916/BEIS_The_Clean_Growth_online_12.10.17.pdf
All in all, I think the Clean Growth Strategy is to be welcomed. The key issue is whether this austerity-obsessed government will actually find the money to make it happen. One phrase I found in the report worried me: “Every action that we take to cut emissions must be done while ensuring our economy remains competitive.”

Australia in the Dark
Last September South Australia suffered serious power blackouts and this has led to the National government launching a new energy policy. First they commissioned Dr Finkel to review the energy sector, focusing on the sustainability of the current system, its environmental impacts, and affordability for consumers. Among other things he recommended a Clean Energy Target (CET) and demonstrated that a CET would lower power prices by subsidising investment in clean power generation, increasing the supply of electricity.
The government thought different (and who listens to experts anyway?) and has launched the National Energy Guarantee scheme. Under this plan energy companies must source a given percentage of their power from supplies which are available 24/7, which will include coal, gas, batteries and pumped hydro. In the short term at least, that’s a reprieve for coal. In the future there will be no subsidies for renewables and no obligation on energy companies to supply renewable energy. Even so, the government claims that the companies will develop sufficient renewable supplies to ensure that Australia meets its Paris Agreement emissions targets.
The government also claims that the scheme will reduce prices to consumers. Commentators suggest that this may only become significant in later years and will be negligible to start with.

http://www.abc.net.au/news/2017-10-17/explainer-energy-policy-what-is-the-coalitions-new-plan/9057158?pfmredir=sm&pfm=ms&WT.z_navMenu=abcNavSites&WT.z_srcSite=news&WT.z_link=Change%20to%20standard%20view
News from Canada
Last week, Generation Energy, a two-day event, took place in Canada. I was able to listen live to part of the debate on line; a panel of provincial energy ministers. I was interested to learn that both Manitoba and Newfoundland and Labrador get 98% of their electricity from renewables and have enough to export to the US. I assume it’s hydropower.
I was already aware of the Canadian Tar Sands, and it seems it’s controversial over there as well as internationally. The ministers were defensive and emphasised the employment prospects and said that they were committed to responsible ways of extracting the oil and gas and transporting it safely. Jim Carr, the minister of natural resources in the Canadian cabinet, said that 99% of Canadian oil and gas exports went to the USA. He asked the audience whether they thought that was a good idea and nobody put a hand up. Apparently the plan is to develop alternative markets in Asia. This will require the development of pipelines and port facilities in the West.
In the days after the conference, oil company Transcanada sparked controversy by announcing that it was abandoning plans for a pipeline to the East. The company did not specifically blame government regulations for the decision, but there is speculation that this was part of the reason, as well as difficulties in finding an acceptable route through indigenous tribal lands.
Maybe with increasing pressures to replace oil with renewables and other fuels they were concerned that the pipeline would never repay the investment. Meanwhile development of TransCanada’s Keystone XL pipeline, part of a system delivering Canadian crude oil to Texan refineries in the US, is still uncertain. The scheme was blocked by the Obama administration, but Trump made a campaign promise to reverse that decision and did so in January. Now there is speculation that TransCanada will pull the plug on that one too, “for commercial reasons”. A decision is expected before the end of December.

Shell buys New Motion charging points
Another oil company, Shell, is clearly hedging its bets by buying a network of electric vehicle charging points. It has acquired The New Motion. According to Fleet Europe magazine, the company has been active since 2009, is an industry pioneer and operates more than 30,000 private electric charge points for homes and businesses in the Netherlands, Germany, France and the UK. It also operates a network of more than 50,000 public charge points across 25 European countries, with more than 100,000 registered charge cards. Until today, the company was not profitable, with 2016 resulting in a 4 million euro loss over a turnover of 13 million euros, due to the important investments The New Motion made in expanding its network. But as more and more car manufacturers announce electric models and a range of 250 - 300 miles becomes the norm, the market for electric vehicles is beginning to grow.
The UK and other countries have announced that they will not permit the sale of petrol and diesel vehicles after 2040. That is not going to change any immediate purchasing decisions, but Paris announced last week that only electric vehicles will be permitted to enter the city from 2030. The pressure to the phase out fossil fuels is gradually becoming more urgent.
Bumpy roads in Norway
In Norway the government has announced increased taxes on electric cars. Norway has the highest number of electric cars per head, partly because it has masses of hydro-electricity and partly because the government pays a subsidy on electric cars; not just on purchase but on every year of ownership. Now the plan is to put a tax on new electric cars weighing over two tonnes. This is similar to the tax on new internal combustion cars and the logic is that these heavier cars cause more wear and tear to the roads. It means that the big Tesla will cost an extra $12,000 and there will be an extra $3,500 on the electric Jaguar launching next year. The new compact Tesla will be exempt from the charge, and so will the Vauxhall/Opel Ampera.
Norway is a paradox. It is awash with clean green energy which it exports into other parts of Europe. At the same time it has huge oil and gas reserves in the North Sea. Now it is being taken to court by Greenpeace, claiming that its plans to start drilling for oil in the Arctic are not only environmentally reckless but illegal. Watch this space.
https://www.fleeteurope.com/en/features/shell-acquires-charging-solutions-provider-new-motion
http://www.climateactionprogramme.org/news/norway-triggers-political-debate-over-new-ev-tax?utm_source=ActiveCampaign&utm_medium=email&utm_content=Norway+triggers+political+debate+over+new+EV+tax%3A+Climate+Action+News&utm_campaign=CA+Newsletter+17+October+2017
Carbon Footprint
What’s your carbon footprint? I just checked mine on carbonfootprint.com and it came out at 11.7 tonnes. Apparently the average for someone in an industrialised nation is 11 tonnes, but the average for the UK is only just over 7 tonnes. Even that is way, way above the sustainable level of about 2 tonnes. I’ll look into it in more detail in a future episode.

And finally…..
Peter Oborne is an outspoken journalist who for years has been a strident climate change denier. To everyone's surprise, probably including his own, he's changed his mind.
He’s reported as saying,
“I think I was rather too impressed by climate sceptics to begin with, “I’m in favour of scepticism, you see. But the evidence now is overwhelming. We have galloping climate change.
“I don’t accept the sceptical views that this is cyclical. This is an enormous issue and we have all been culpable. The right has been culpable for not treating this as a serious matter and I intend to start writing about it.”

Suddenly his views are diametrically opposed to those of the owner and the editor of the Daily Mail, the newspaper he most often writes for. If he writes about climate change I hope he finds an equally powerful publisher.

https://unearthed.greenpeace.org/2017/10/03/peter-oborne-the-press-has-failed-on-climate-change-jeremy-corbyn/
And that’s it…
And that is the Sustainable Futures Report for Friday 20th October, brought to you despite a desperately slow internet connection today and a computer which refused to re-open this document after I’d completed 95% of it. Fortunately I have a rolling back-up, so would only have lost the last half-hour’s work if I hadn’t been able to change my computer’s mind. (I switched it off and on again.)
The Sustainable Futures Report is brought to you without advertising, sponsorship or subsidy, but if you’d like to show your support please go to patreon.com/sfr and sign up for as little as $1 per month. That’s about 70p or something less than a euro, but it helps me pay my hosting and transcription costs.
If you need a keynote speaker, a conference chair or a host for your awards ceremony you know where I am. Have voice, will travel. Contact me about this or anything else on mail@anthony-day.com.
I’m Anthony Day.
That was the Sustainable Futures Report.
There will be another next week.
Have a good one until then!