Find the podcast at susbiz.biz, on iTunes or via Stitcher 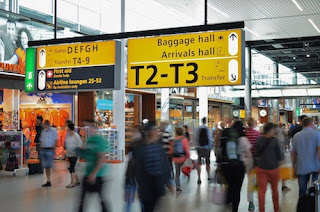 Yes, it's Friday 1 September and the Sustainable Futures Report is back. My name is Anthony Day and my first duty is to welcome and acknowledge my latest patrons. Step forward Silver Supporter Michael Rogerson and Foundation Member Lucas Smith. Welcome and thank you for your support and a big thank you to to all my established patrons.
Lucas Smith has already drawn my attention to a book which is substantial both in terms of it being a big book and having something important to say. Drawdown is almost an encyclopaedia, almost a manifesto and I'll be reviewing it in detail later this month. I'm also going to be reviewing the other books which were on my reading list at the beginning of August. I have to admit I have not read them all yet, but I'll work through them and tell you what I think. My first reviews will appear next week. I've also seen Al Gore's new film – more in a moment.
Stop Press!
There’s still time to book for the Going Green Working Group Conference 2017: 'Being Green in 2017 - Proactive initiatives to deliver sustainability in your organisation’ It’s being held in London on Monday 18th September by the British Psychological Society. Go to https://www.kc-jones.co.uk/ggwg2017
This link and many others can be found on the blog at www.sustainablefutures.report.

What else went on in August?
An underground power station in London has just undergone a £26m refurbishment, changing from diesel to gas power and becoming the largest CHP scheme in any British city. It distributes electricity, heat and chill to buildings across the city via underground tunnels.
https://www.theguardian.com/business/2017/jul/28/londons-hidden-gas-plant-which-could-heat-and-power-the-future

The Hydrogen and Fuel Cells Summit scheduled for January in Brussels caught my eye, in particular a trip for delegates to visit the Colruyt Wind Powered Hydrogen Refuelling Station.
Colruyt is the supermarket we used to use when we lived in Belgium. It’s like Aldi, but without any of the glamour. It’s all about low prices, and clearly about low costs as well. During the visit, the participants will have the opportunity to see two types of electrolysers (alkaline and PEM) in operation, 2 types of hydrogen compressors, 2 types of hydrogen storage, a fleet of hydrogen forklifts in operation, the public hydrogen refuelling station and a presentation by Colruyt about their vision on hydrogen in the energy system.
A lesson for Tesco, Sainsbury's, Morrisons and all the rest? If you know of any groundbreaking sustainability innovations by British supermarkets do let me know.
http://www.wplgroup.com/aci/event/hydrogen-and-fuel-cells-energy-summit/

This year, Earth Overshoot Day occurred on 2nd August. That means that by 2nd August we had used more from nature than our planet can renew in the whole year. We use more ecological resources and services than nature can regenerate, through overfishing, over-harvesting forests, and emitting more carbon dioxide into the atmosphere than forests can sequester. So from now until Christmas we’re running on empty. Of course, Professor Stephen Hawking suggests that the human race will survive by colonising Mars. Just remember, that doesn’t mean that all 7.5 billion of us will get to go.
http://www.overshootday.org

We’re aware of the shortcomings of the Paris Climate Agreement and how the agreed targets are unlikely to be enough to limit temperature rises to 2℃. Now there are concerns that the emissions levels on which all this is based are seriously underestimated. Counting the Carbon, a programme on BBC Radio 4 goes into detail. It’s available on line.
http://www.bbc.co.uk/programmes/b0901fqy

With all the news about floods it’s easy to forget that we’ve had a serious heatwave in Southern Europe, with grapes harvested a month early in Italy. There have been wildfires in Italy, France and Spain. We’ve also seen wildfires in Greenland. Yes, Greenland. That country up in the not-so-frozen North. There are no forests to go up in flames, but the peat bogs are ablaze. Lots of links to the story on the blog at www.sustainablefutures.report
http://www.motherjones.com/environment/2017/08/a-huge-forest-in-greenland-is-on-fire-and-thats-a-big-deal/
https://www.theguardian.com/world/2017/aug/20/ice-and-fire-large-blaze-burns-in-greenland-for-two-weeks
https://www.forbes.com/sites/ericmack/2017/08/10/greenland-wildfire-ice-sheet-climate/#2258967b64a5

Bright idea of the Month
Did you know that every washing machine contains a 25kg concrete block? This is needed to counterbalance the drum and to control vibrations as the machine spins. It means that washing machines are heavy to transport, difficult to store and need two men to deliver and install them.
The new idea is to replace the block with a plastic tank. Once installed, the tank is filled with water to provide the needed counterweight effect. The tank needs to be bigger than the concrete block because water is less dense than concrete, but even a big plastic tank weighs almost nothing.
This simple change was developed as part of a final project by undergraduate Dylan Knight, with the help of engineering professor Amin Al-Habaibeh at Nottingham Trent University.
And finally…
Before I go, let me complete the story of Al Gore’s film. Was it a wake-up call? As I told you, I fell asleep. How can you possibly review a film, you ask indignantly, when you admit you slept through it? Fair point, so when it went out on general release the following week I went to see it again. This time I stayed awake, but it didn’t change my view a great deal.
When I saw An Inconvenient Sequel for the first time a lot of people came out with broad smiles saying what a great film it was. But I recognised many of them as activists and the film reinforced our prejudices, rehearsed and repeated ideas we are all familiar with and ended with optimistic rhetoric.
It was much more of a biopic about what Al’s been doing since his last film 10 years ago. I’m afraid it was the bit where he was walking around the family home and reminiscing over the family photos when my attention wandered. It’s a great documentary for the faithful and I urge you to go and buy the DVD which will probably be out in time for Christmas. But it’s not going to galvanise the masses. When I went to see the film for the second time there were only about 20 people in the cinema.
Nevertheless, climate change and sustainability are issues crucial to the futures of ourselves and everyone on earth. We need to to continually raise awareness so that the popular press no longer puts climate news down with the cute kittens and funny-shaped vegetables.
Dear Simon…
Here’s a letter I wrote to the i newspaper this week. So far they haven’t printed it.
“I enjoy reading [travel writer] Simon Calder’s interesting and authoritative articles, but I take issue with a recent comment. (26/08 p4) Talking of a third runway at Heathrow he says: “Environmental concerns must be taken seriously - but the nation’s need for resilient infrastructure is equally imperative…” No it isn’t, Simon. Environmental concerns are about preserving a liveable planet for us all. Everything else is just re-arranging the Titanic’s deckchairs. You could ignore the 97% of scientific opinion that believes it’s almost too late to slow climate change, and go ahead anyway. Or you could ask around. What would people in New Orleans (Katrina), New York (Sandy), Houston (Harvey) or 100 other unreported devastated cities have to say, I wonder?”
Bye for now!
And that’s the Sustainable Futures Report for Friday 1st September. I’m Anthony Day, and there’s lots more to come in future weeks. Thanks again for the support of my patrons, especially Lucas Smith and Michael Rogerson, who signed up at patreon.com/sfr.  Thank you for listening. I’m always looking for new ideas, so do get in touch on mail@anthony-day.com  with your questions, comments and feedback.
I’m Anthony Day.


Until next week.
Posted by Anthony Day at Friday, September 01, 2017 No comments: