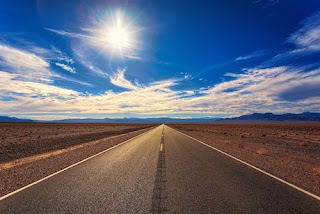 Hello I’m Anthony Day and this is the Sustainable Futures Report for Friday, the 10th of April. Yes, this is the Sustainable Futures Report which ranks 140 among Apple news podcasts, in Taiwan.
This time I'm not talking about the green deal although it's a topic which I am determined to bring to you. I'm still trying to arrange one or more interviews.
What’s Funny?
In these very difficult times I thought I would try and inject some humour into the proceedings, so I searched online for Climate Change jokes. How depressing. Yes, there are lots of “jokes” and I've put that in inverted commas. The trouble is they are either ignorant, in bad taste, completely impossible to understand or just not funny. Mainly, all those things.
For example:
Two planets meet. The first one asks: "How are you?"
"Not so well", the second answered "I've got the Homo Sapiens."
"Don't worry," the other replied, "I had the same. That won't last long.”
And another…
"How long do we have?" asked a comedian at a fringe event at the UN General Assembly on Climate Change last year.
"10 years," said an audience member.
"This is so scary - let's talk about my ex-girlfriend instead,”

And Finally…
I did say to start with that I’d been looking for some jokes. Not much here, I’m afraid. It’s trite to say that this, too, will pass, but eventually it will. I trust you’ll keep safe and healthy, and that we’ll be able to build a better future for all once all this is over.
I’m Anthony Day.
That was the Sustainable Futures Report.
And I fully intend to bring you another next week.

How governments react to disasters
https://www.theguardian.com/commentisfree/2020/mar/24/covid-19-climate-crisis-governments-coronavirus