There's Something in the Air

Find the podcast on iTunes, https://itunes.apple.com/gb/podcast/the-sustainable-futures-report/id313473372?mt=2 , Stitcher, Spotify or via www,susbiz.biz

Yes, here we are again. I'm Anthony Day, this is the Sustainable Futures Report and it's Friday. Friday, 9 November 2018. 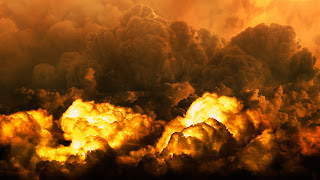 Stop it now!
Hydrogen cars, air-cleaning buses, artificial intelligence and purifying towers will never be a total solution to the air pollution problem. Pollution needs to be stopped at source. Many consumer goods bought in the West are manufactured in developing nations. They are cheaper because wages are lower, safety standards are frequently lower and environmental controls are looser or non-existent. We in the West must recognise responsibility at least in part for the smogs in India, China and Southeast Asia.
At the WHO
In his closing address to the WHO Global Conference on Air Pollution in Geneva, Director-General Dr Tedros Adhanom Ghebreyesus set out a target of reducing the number of deaths from air pollution by two-thirds by 2030 and listed five actions that the WHO itself would take:
The conference heard more than 70 commitments from countries, cities, UN organisations, intergovernmental organisations and civil society to tackle air pollution, or to contribute to the global battle.
The ozone story demonstrates that when nations reach a global consensus on a planetary crisis they can work together to achieve great things. We need to do everything we can to urge governments and organisations to engage in the same way with the challenges of plastic pollution, breathable air and climate change.
In the UK
In the UK, legal firm Client Earth has repeatedly and successfully challenged the government for allowing legal limits on air quality across the country to be breached. It supports a group of parents which has called on the UK government to release funding for emergency measures to clean up illegal levels of air pollution around schools and nurseries across the country.
The National Clean Air for Children Programme was launched at a parliamentary reception with more than 60 MPs, including former Labour leader Ed Miliband and ex-Conservative cabinet minister Maria Miller.
The programme, which calls for £153m of funding, was drawn up by the Clean Air Parents’ Network, which is supported by environmental law organisation ClientEarth and the British Lung Foundation.
It also has the backing of the Royal College of Paediatrics and Child Health (RCPCH), the National Education Union and Asthma UK among others.
Free Competition - win £5m!
This week the government announced a £5 million competition inviting ideas to reduce the cause of vehicle emissions, minimise the amount of particulates produced and improve air quality.
This is a Small Business Research Initiative (SBRI) competition that is being run in 2 phases.
Up to 6 projects can get funded contracts for feasibility studies in the first phase, where there is up to £300,000 available. The best projects will be invited to apply to a second phase, worth £4.5 million, to take their ideas further, develop a prototype and test its effectiveness. Organisations of any size can apply. Find the link on the blog.
https://www.gov.uk/government/news/breathe-easy-with-cleaner-air-new-funding-to-fight-pollution
And finally…
When I started researching air-quality for this article I was thinking of gases - gases like CO2, sulphur dioxide and nitrous oxide. They clearly all play a role, but the big story is particulates, the microparticles which we all breathe in with every breath. These are so tiny that they can cross the barrier of the lungs and get directly into the bloodstream. They are made of all sorts of different compounds and materials and have effects on the body which we don't yet understand. Current levels of air pollution are much higher than they were, so children growing up now have a much higher exposure than those of us born in the last century. Even so, as we have seen, older people can suffer consequences, including dulling of the intellect and reduced intelligence. We don't yet know what the cumulative effect or the consequences will be for the children growing up now, in their later lives. Researchers have identified delayed intellectual development, a likely link with obesity and the possibility that air pollution is a contributing factor to both autism and dementia.
The other surprise to me was the vast difference between levels of pollution in the developed nations and the levels in the developing nations. Remember, the top score in the UK was 15 microgrammes of particles in a cubic metre of air. The world average is over 70 and the world’s most polluted city comes in at over 500. That third world pollution is driven to a large extent by us as consumers. To those who oppose foreign aid and say we should spend only on ourselves, I would respond that we owe a debt to these distant manufacturing countries. Any assistance which we can provide to them as foreign aid in the form of expertise to help them clean up their pollution is of benefit to us all.
What can we do to improve the situation? It’s easy to say drive less, fly less, eat less, buy less - oh, and don’t use your wood-burning stove. In practical terms we all have established lifestyles and we do most things with a purpose. It’s difficult to make radical changes. What you can do is recognise that driving, flying, food production and manufacturing all have an effect on air quality, and on climate change. Take a moment to think if there are things you could do differently. If the opportunity arises tell your MP or your local councillor what they should be doing to tackle air pollution. Maybe they should ban things or maybe they should incentivise other things. Whatever: something needs to be done.
Urgently.

And next week?
Well, that's about it for another week. Other things have been happening on the climate front but I'm going to have to carry them over to next week.
Thank you for listening, especially for getting this far. You're probably a patron but of course if you're not and you'd like to be and to give some support to the Sustainable Futures Report you’d be more than welcome. Pop across to patreon.com/SFR where you'll find all the details.
Just as a taster, some of the items I have on my list for next time include a plastic ban in Kenya, a rosy future for North Sea oil, a lower ozone layer, taxing meat, and electric mushrooms. Till then
I'm Anthony Day.
That was the Sustainable Futures Report .
Bye for now.