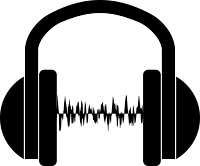 It’s Getting Serious
More than 2,500 years ago, Pericles reminded his fellow Athenians: “We may not be able to predict the future, but we can prepare for it”.
Extremes 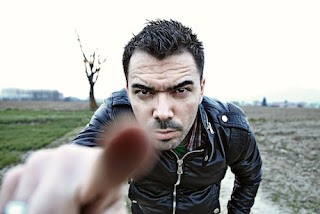 It looks like we should be preparing for more extreme weather like the extremes we’ve seen across the world in the last few days. Does the future lie in trees or in peat bogs, or in the US, where President Donald Trump claims his country leads the world on environmental issues? Greta Thunberg has had her biggest compliment yet while legal action over the climate crisis takes place in some 28 countries and the wind seems to be changing for the British Conservative Party. Despite all this there’s reason to hope. Go to climateoptimist.org and find out why. If you want to follow up on any of the stories you can find where I’ve got them from by going to the blog at www.sustainablefutures.report.

And in other news…
Compliments to the Protestors
This week Mohammed Barkindo, the secretary general of Opec, said he believed that the campaigns by groups like the school strikers and Extinction Rebellion could be the “greatest threat” to the fossil fuel industry.
Greta Thunberg welcomed his remarks as their 'Biggest compliment yet’. There’s no doubt that governments and corporations are taking notice. The next challenge is to spur them into action.
Maybe legal action is the spur.
A new report from the Grantham Research Institute at the London School of Economics finds that in the last 12 months climate change cases have been brought in at least 28 countries around the world, and of the recorded cases more than three quarters have been filed in the United States. While most defendants are governments, lawsuits are increasingly targeting the highest greenhouse-gas-emitting companies. Climate change-related claims are also being pursued by investors, activist shareholders, cities and states. Human rights are increasingly the foundation for these legal actions, but science, demonstrating causality, is increasingly accepted by judges.
The authors warn that as yet there is insufficient evidence of the impacts of climate change litigation, but they believe it could encourage private companies and investors to give greater consideration to climate risk.
Energy
In energy news, there continue to be problems at Flamanville, site of EdF’s new nuclear power station. You’ll remember that it’s a new design, the same as the plant that they are building at Hinkley C in the UK. At Flamanville the plant is already years behind schedule and billions over budget. There have been recurring questions over the integrity of the containment vessel and the security of some of the welds. Now an independent audit has been ordered into the entire European Pressurised Reactor (EPR) project and commissioning of the plant has been deferred once again.
An article in The Economic Times of India expresses concern about the Jaitapur nuclear power plant, planned to use six reactors of the type under construction at Flamanville when contracts were signed in 2008. Like Flamanville, like Hinkley C, like a similar project in Finland, this station is way behind schedule. Why, they ask, was this untested design ever approved? Currently, an Indian designed reactor costs about 2 million euros per MW, translating into Euro 3.3 billion for 1650 MW set. Flamanville has already breached Euro 11 billion for the same capacity and Jaitapur is planned to have six of these units. There is strong environmental opposition to the project as well, but it is surely cost which will put an end to nuclear power throughout the world. Not just the escalating cost of construction, but the enormous cost of decommissioning. This has either got to be recovered in the electricity price or borne by taxpayers for decades to come.
And there’s more…
A couple more stories to close. The Guardian reports that toilet paper is becoming less sustainable. With the increasing use of quilted tissue the manufacturers are using less recycled paper and more virgin woodpulp in their products. Apparently in the UK we use 127 rolls per head per annum, which is significantly more than most other European nations. While a lot of rolls have got the FSC certificate on the packaging, if you look closely it usually says “mixed sources”. Have a look next time you buy.
Stella McCartney suggests that we shouldn’t be washing our clothes - at least not as often. She says that dirt should be allowed to dry and then brushed off. Lingerie should be hand-washed or put in a lingerie bag if you must put it in the machine. Why not wash? Because washing, especially machine washing, damages garments, wears them and misshapes them. And most important of all, washing acrylics and other man-made fabrics releases millions of microfibres which go down the drain, pass through the filters at treatment plants and end up in the oceans. Prof Andrew Groves, head of the fashion design course at the University of Westminster, tells BBC News that the friction in washing machines is what gets rid of the stains, but is also what distorts a garment's shape and colour. And Chip Bergh, the CEO of Levi’s, tells us that he’s never washed one of his pairs of jeans in the 10 years he’s owned them.

And Finally…
Next week Extinction Rebellion starts another round of demonstrations across the United Kingdom. They aim to bring their message to the authorities by deliberate acts of civil disobedience. In the UK we can do this in the knowledge that we will not be sprayed with teargas, baton-charged or driven back by police horses. Compare this with the situation in other countries and in particular look at the forbiddenstories.org  website. This describes how journalists investigating corruption and violation of environmental laws by international organisations face harassment, violence and murder.
The stakes are high on both sides of the climate crisis. Let's make our numbers overwhelm the denialism of vested interests.

Trump to claim US is environmental leader in spite of ripping up protections
https://www.theguardian.com/us-news/2019/jul/03/trump-to-claim-us-is-an-environmental-leader-despite-many-rollbacks