The Elephant in the Room

Find the podcast on iTunes or at susbiz.biz 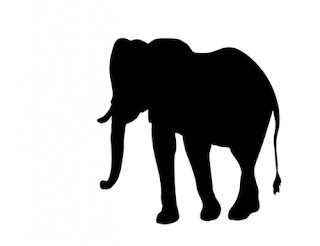 Hello and  welcome to the Sustainable Futures Report for Friday, 6 July.
And a special welcome to my latest patrons Shelagh Jones and Mark Rutherford.
I'm Anthony Day and I’ve called this episode The elephant in the room. Why the elephant in the room? Because it's very big, it's a serious problem and nobody wants to talk about it. Quite a lot of people refuse to admit that it's there. Listener Eric de Kemp has told me about a big and important problem in the Canadian oil industry, and we’ll learn about that in a minute. First I want to talk about a big and important problem closer to home - my home in the UK that is. It’s an elephant called Brexit. For those of you not listening in the UK let me remind you that the British government is leading the United Kingdom to leave the European Union after some 40 years of close integration. Not everybody thinks it's a good idea, which is probably why the governing party is totally split on the issue and so is the official opposition. Business leaders warn that it’s likely to cost jobs, the value of the £ sterling has declined and 100,000 people marched on Parliament last month to protest against it.
Environmental Regulation after Brexit
During our time as members of the EU we have become involved in some 40 regulatory agencies covering everything from health and safety, radio isotopes, medicine and drugs to air travel, food security and consumer rights.. As a consequence of Brexit, instead of sharing the costs of these institutions with the other 27 member states the United Kingdom is going to set up regulatory agencies of its own. As it does so, the relevant bodies of European legislation will be transformed into UK laws. Of course, as this transfer takes place the government can tweak and tailor as it sees fit and there is a lot of controversy about how this will be done, involving both Henry VIII and the Scots. (Don’t ask)
Today I'm going to look specifically at how this will affect environmental regulation. The Institute of environmental management and assessment (IEMA) has published its Briefing and Initial Position on the DEFRA Environmental Principles and Governance Consultation. DEFRA is the Department for Environment, Food and Rural affairs. This consultation is to help the government formulate its environmental policies after Brexit. I’ve been able to talk to Martin Baxter, Chief Policy Advisor at IEMA, about this.

Unfortunately IEMA were unable to provide a transcript of the interview. You can hear it on the podcast via iTunes or susbiz.biz.

More on Tar Sands
As I mentioned at the beginning, listener Eric De Kemp got in touch about issues in the Canadian oil industry. He sent me links to radio broadcasts including one where the prime minister of British Columbia explained how he had been contacted very early that morning by Justin Trudeau the Canadian Premier to say that the government had purchased the Trans Mountain pipeline. (I’ve put the links below ) There is an existing trans-Mountain pipeline but Trudeau was talking about the new pipeline designed to triple capacity. Although they take different routes, both pipelines go from Edmonton in Alberta to Vancouver on the West Coast of British Columbia. The purpose of the pipeline is to transport oil from the Alberta tar sands to the port at Vancouver for onward shipment to markets in Asia. For many years the majority of Canadian oil has been sold into the United States, but at much lower prices than are available from Asia. Hence the desire to ship the oil out to new markets. Of course, there is continuing controversy about the whole tar sands oil extraction process. It requires significant inputs of energy to soften the material and separate the tar from the sand. It typically uses steam which means there are vast ponds of contaminated water as a by-product. Oil is a fossil fuel; burning fossil fuels releases greenhouse gases and it is well-known that we can burn only so much of the world’s fossil fuel reserves before we make the planet uninhabitable. On the other side, oil production creates jobs and delivers wealth. Presumably the Canadians of Alberta believe that other producers should restrict their output in order to save the planet while they keep pumping the tar.
Crossing Borders
The pipeline from Edmonton travels west from the province of Alberta across the province of British Columbia. There has been much controversy about the route of the new pipeline, particularly about the plan to drive it through the tribal lands of indigenous peoples. Quite apart from the disruption caused by constructing the pipeline, there are concerns about the risks of pipeline failure and oil spillage which could contaminate the water table and pollute the lands for ever. There has been an ongoing dispute between British Columbia and Alberta, becoming increasingly acrimonious. Kinder Morgan, American owners of the original pipeline and developers of the new one, lost patience and threatened to pull out of the project altogether. This led the Canadian government to step in and purchase the pipeline for a reported figure which varies between $3 billion and $4 billion. Justin Trudeau's credibility as protector of the environment has taken a severe knock, and no wonder that the premiere of British Columbia sounds shocked on that radio broadcast which was recorded just after he'd been woken up to be told that the pipeline would go ahead regardless of what the government of British Columbia decided.
BC Premier’s reaction http://www.cbc.ca/listen/shows/the-early-edition/episode/15547501
Activist comment http://www.cbc.ca/listen/shows/the-current/segment/15547322
CBC Business commentator http://www.cbc.ca/listen/shows/calgary-eyeopener/segment/15547529

Pilot’s-eye View
I strongly recommend that you go to the blog at www.sustainablefutures.report and follow the Globe and Mail link.
https://www.theglobeandmail.com/news/british-columbia/kinder-morgan-trans-mountain-pipeline-bc-coast/article35043172/
This is one of the best visual presentations that I’ve seen, and not only shows how the pipeline will reach the coast but highlights the risks involved in shipping the oil out.
The Port of Vancouver is approached along a narrow seaway around Vancouver Island and through an archipelago of many smaller islands. Environmentalists claim that since this is one of the busiest and most tortuous shipping routes in the world, the risk of a collision or a grounding and a catastrophic oil spill are enormous. For the moment though, the project seems to be going ahead.
The Guardian quotes Greenpeace campaigner Mike Hudema: “Trudeau is gambling billions of Canadian taxpayer dollars on an oil project that will never be built – a project that Kinder Morgan itself has indicated is ‘untenable’ and that faces more than a dozen lawsuits, crumbling economics, and a growing resistance movement that is spreading around the world.”

A Word from the Wise
In the past I have drawn your attention to Jeremy Leggett and his website at www.JeremyLeggett.net. Here’s a link to one of his latest blogs
https://jeremyleggett.net/2018/06/05/the-week-of-the-white-elephants-the-uk-us-and-canadian-governments-all-tried-to-bail-out-uneconomic-and-or-stranded-fossil-fuel-and-nuclear-projects/
He calls it The Week of the White Elephants. There’s a theme here somewhere! He’s picked up the story of how the Canadian government is bailing out the trans-Mountain pipeline with public money and he also highlights other governments investing in projects which he sees as white elephants. Apparently the US Energy Department has plans to force utilities to purchase electricity from failing coal and nuclear plants. In the UK, after decades of insisting that there should be no more nuclear and that power generation should be in the hands of private sector, the British government has announced a public investment in a new nuclear plant in Wales. Leggett also includes a chart which shows how renewables, particularly onshore wind and solar, now generate electricity more cheaply the nuclear, coal or gas. But of course as far as the British government is concerned, we've had enough of experts and government decision-making amply demonstrates that. That’s why onshore wind, the most cost-effective source of renewable energy, is effectively banned in the UK while there are proposals to exempt fracking from local planning regulations. More on that in a future episode.

And Finally…
Well, that's all from this episode but it's not all for this month. I have said that the Sustainable Futures Report would only be monthly from now on but I've got an interview on the Sustainable Development Goals and that will be available on Friday, 20th July. If you’re a patron you already have access to it. The next episode after that is scheduled for Friday, 4th August, but there is so much going on that I may slip in yet another bonus episode.

Yes, this is Anthony Day, that was the Sustainable Futures Report and thank you for listening and thank you for your ideas. I'm particularly grateful this month to Eric De Kemp and of course to Martin Baxter of IEMA. Thanks for the info on the carbon tax, Eric. Not enough time this time I’m afraid!
Please continue to let me have your ideas and let me take this opportunity to thank you for being a patron if you are, and if you’re not you might like to be one for as little as $1 per month. Just hop across to patreon.com/sfr .
And that really is it for this month. Don't forget 20th July for the next episode.
I'm Anthony Day.
Bye for now