Hi this is Anthony Day, it’s Friday 15th March, this is the Sustainable Futures Report and today I’m thinking aloud.

Listen up - it’s urgent - we’ve got to do something about the environment. 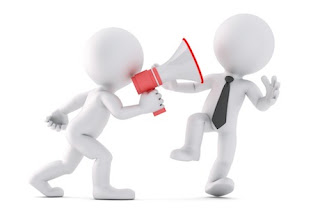 Climate change is caused by an ever-denser greenhouse gas layer. The principal greenhouse gas is CO2. We put CO2 into the atmosphere by burning fossil fuels in our cars and our power stations and burning gas and oil to heat our homes.
What can we do?
Transport and travel
We can use our cars less, although that really depends on government providing alternatives like reliable public transport. If you saw this week’s Channel 4 Dispatches you’ll know that that’s not a government priority at present. When you change your car buy a cleaner, more efficient one. You can still get the space and performance you need and save money on fuel as well. Consider an electric car - although if you listened last week you’ll know that they’re not yet right for everyone.
Avoid long-haul holidays. I say that with a heavy heart, a guilty conscience and a family in Australia. I expect to be paying very much more for that sort of travel before long.
Keeping Warm
What about heating your home, your workplace, your office?
Britain has some of the leakiest homes in Europe and 34% of the gas used in the UK is used for heating. New materials mean it’s now possible to insulate almost any property regardless of age. In some cases it’s possible to save as much as 90% of heating bills. Realistically, 50% is not unreasonable. Would you like to cut your bills in half? Saves you money and cuts the nation’s carbon footprint. I’m planning a Sustainable Futures Report about insulating existing homes for later in the year. Eventually there will be case studies and videos.
And of course cutting your energy bill in the workplace will save you money. If you’re responsible for a heat-intensive industrial process you should find ways of making use of the waste heat. Although, to be fair, if you’re in that sort of industry you’ve probably been managing your energy for years.
It’s a Gas
The second most common greenhouse gas is methane. There's less of it than CO2, but it traps about 20 times as much heat. Methane is produced naturally from decomposing vegetation and organic matter and from melting permafrost. Much methane is trapped beneath lakes and oceans in a crystalline form, but as they heat up, methane bubbles to the surface. Very significant amounts of methane are exhaled by livestock – cattle and sheep. As long as we farm animals for meat we are adding to greenhouse gas emissions. We may not all go totally vegetarian but if we eat meat less frequently we will go some way to reducing our impact on the planet.
Cheer Up! It’s only a Book
There's a new book out next Tuesday called The Uninhabitable Earth: a Story of the Future by David Wallace-Wells. It may be a dystopian view, it maybe an exaggeration but some of the things that he's talking about are not out of line with climate change predictions. Those are the pessimistic predictions the media seems to ignore. For example, he talks about the consequences of sea level rise and how New York will build a barrier around Manhattan to keep the waters out and away from all those expensive properties. At the same time he says that the city is spending less on refurbishment and repairs of the infrastructure in areas like South Brooklyn and Queens because they already recognise that these areas will become flooded and uninhabitable in the not-too-distant future.
Here’s what it says on the cover:
“It is worse, much worse, than you think.
The slowness of climate change is a fairy tale, perhaps as pernicious as the one that says it isn't happening at all, and if your anxiety about it is dominated by fears of sea-level rise, you are barely scratching the surface of what terrors are possible, even within the lifetime of a teenager today.
Over the past decades, the term "Anthropocene" has climbed into the popular imagination - a name given to the geologic era we live in now, one defined by human intervention in the life of the planet. But however sanguine you might be about the proposition that we have ravaged the natural world, which we surely have, it is another thing entirely to consider the possibility that we have only provoked it, engineering first in ignorance and then in denial a climate system that will now go to war with us for many centuries, perhaps until it destroys us.
In the meantime, it will remake us, transforming every aspect of the way we live-the planet no longer nurturing a dream of abundance, but a living nightmare.”
Sounds like the sort of stuff which will just make people close their minds and go away.
I still think I ought to read it.

Academic Susanne C Moser has identified the challenges that communicators face in trying to convey the climate change message:
Certainly not simple.
I think one of the most serious problems in promoting the message is drawing the line between complacency, based on over-optimistic expectations, and exaggerated warnings which just make people close their minds and go away.
David Attenborough said that what we do now will have consequences for the planet for thousands of years to come. It’s a message that I want to share with everyone, along with the message that we can achieve most of the changes we need not by wearing sackcloth and living in a cave, but by doing things differently and preserving our standard of living. We won’t achieve it by doing nothing and waiting to see what happens.
I believe that a sustainable future is possible.
That’s why I do this podcast. It doesn’t make me rich. It doesn’t make me famous. Mind you, I’d settle for famous if it helps get the message across.
I’m Anthony Day
This has been the Sustainable Futures Report.
The next one will be on the 1st March.
Spread the Word


Meantime spread the word. Let’s do all we can to make the future sustainable. For ourselves, for our children and for their children too.