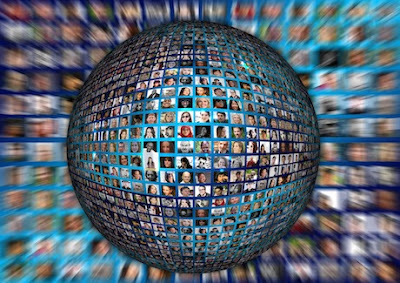 Hello again and welcome. This is the Sustainable Futures Report and I’m Anthony Day. It's Friday, the 3rd of April.
Welcome
To start with it's my pleasure to introduce my latest patron, Colin Clark from Australia. Welcome Colin, and thanks for your comments. Colin is particularly concerned about denial and he sent me a link to an edition of the Bolt Report, an Australian show, with two people complaining about the actions of extinction rebellion and the lack of balance in the media which was keeping climate deniers out. I’ve put the link on the blog at www.sustainablefutures.report and you’ll notice that the Bolt Report doesn’t have anyone putting the other side of the argument. OK - I have nobody putting the opposite view to the Sustainable Futures Report. Feel free to get in touch.
Relevant?
Last week I asked a question, is the Sustainable Futures Report  relevant in the present circumstances? I've had responses online and by email and thank you for your support. The general consensus was that I should continue so I will, albeit in the context of this coronavirus emergency.
Right then.
This week I’m going to talk about denial and whether climate change could lead to more pandemics in future. How will COVID19 affect developing nations and what are the implications of that for the rest of us? How is climate change affecting Africa and developing nations? And in other news, fantasies in Venice, cars in the sky, carbon reporting, fiddling investors, and why the British government thinks we should give up cars.
Ready?
Relaxing the Rules
You’ll remember that Donald Trump’s appointment of Andrew Wheeler as US Environment Protection Agency administrator brought in a man with wide experience of climate change issues and environmental regulations. Much of this was gained in his former role as a lawyer acting on behalf of the coal industry. Wheeler is a critic of limits on greenhouse gas emissions and of the Intergovernmental Panel on Climate Change. He was chief counsel to the  chairman of the United States Senate Committee on Environment and Public Works, U.S. senator James Inhofe. Inhofe himself has long been a climate sceptic and among many other things he’s the author of “The Greatest Hoax: How the Global Warming Conspiracy Threatens Your Future”.
No surprise then that the EPS has announced the suspension of all environmental regulations during the coronavirus outbreak. This is a temporary suspension, although at present it is open-ended. I say ‘no surprise’ but it’s not altogether clear why the virus should justify such a moratorium, and Cynthia Giles, who headed the EPA’s Office of Enforcement during the Obama administration, called it an abdication of the agency's duty. For example, not only will the oil industry not be sanctioned for leakages which contaminate water sources, but the obligation to record emissions and pollution events will be suspended. When all this is over there could be no record of the size or nature of events which may have occurred.
Hypocrites
In the Toronto Sun correspondent Lorrie Goldstein claims that, “Rich hypocrites are the real climate deniers.” He cites a recent study by the University of Leeds in the U.K. which says that rich people are most to blame for human-induced climate change. The wealthiest 10% of people in the 86 countries surveyed consume 20 times more fossil fuel energy than the poorest 10%.
The largest disparity is in the transportation sector, where the top 10% consume 187 times more fossil fuel energy than the bottom 10%.
Goldstein says that minimum wage worker in Canada, who thinks human-induced climate change is a hoax, is doing far more to “save the planet” than all of the rich and relatively rich people who mock and denounce him, or her, as a “climate denier.” In his view poor people are the world’s greatest environmentalists because they consume less than rich people.
They live in small apartments, not mansions.
They take public transit, not cars.
They don’t go on exotic vacations.
They don’t fly.
They have few material possessions.
Since almost all goods and services consume fossil fuel energy, their carbon footprints are small because they consume less.

And in other news…
Venetian Fantasy
You may have read about the swans and the dolphins which have returned to the canals of Venice now that the tourists have gone and the vaporetti are no longer cramming the waterways. Sadly, according to thehill.com that’s just an illusion. Apparently the swans never went away and National Geographic reports that the dolphins in a clip that went viral were filmed at a port in Sardinia, hundreds of miles away."
Flying Cars
Turning to technology, Hyundai and Uber are working together to develop an air taxi. “Our vision of Urban Air Mobility will transform the concept of urban transportation,” said Jaiwon Shin, Executive Vice President and Head of Hyundai’s Urban Air Mobility (UAM) Division. “We are confident that Uber Elevate is the right partner to make this innovative product readily available to as many customers as possible.”
Hyundai’s fully electric S-A1 model is designed to take off and land vertically, cruise at speeds of up to 180mph at altitudes between 1,000 and 2,000 feet, and have a range of up to 60 miles. The air taxi concept is powered by multiple rotors and propellers to increase safety and reduce noise, has been designed with four passenger seats, and although it is intended to be piloted at first, it will become autonomous over time.
Once this coronavirus crisis is over will we need autonomous air taxis? I’m not one to stand in the way of progress, but I must ask, as I’m sure many in the developed world would ask, “Progress for whom?”
Economics and Energy
“FTSE companies urgently need to raise their game on CO2 reporting,” warns the Ethical Corporation. Alexia Perversi and Andrew Jones of Mazars say a recent study by the auditing firm casts huge doubt on the credibility and utility of carbon disclosures in year-end reports.
“Current disclosure is not fit for purpose and in many cases appears to be a box-ticking exercise that is not integral to the way management teams run their business. Disclosures by the UK’s largest companies suggest huge levels of unexplained volatility in carbon emissions. What’s more, this volatility does not appear to be linked to operations, which casts huge doubt on its credibility and utility for analysing businesses’ performance over time in carbon efficiency.
“Listed companies have been required to report on carbon emissions for some time, but a new piece of legislation will require many non-listed companies to report, too, meaning thousands of new companies will be subject to reporting under a similar regime from next year.”
Let’s hope the government will get this under control. At present most of its attention is focussed, and rightly, on COVID19, but its many other responsibilities have not gone away and we cannot afford to neglect them. While there may be a fire in the engine room, it’s still important to steer the ship away from the rocks.
Fiddling While Forests Burn
Another headline from the Ethical Corporation reads: “Investors and companies are fiddling while forests burn”
Last September, as a response to the Amazon fires, 230 institutional investors representing $16.2tn in assets called on global companies to take urgent action. “As investors, who have a fiduciary duty to act in the best long-term interests of our beneficiaries, we recognise the crucial role that tropical forests play in tackling climate change, protecting biodiversity and ensuring ecosystem services … and see the reduction of deforestation as a key solution to managing these risks and contributing to efficient and sustainable financial markets in the longer term,” ran the statement.
Fine words but also words unmatched by similar fine deeds, according to a new report from Global Canopy.
The Forest 500 annual report seeks to hold to account 350 companies that produce, trade, use or sell the largest amounts of six key commodities – palm oil, soy, beef, leather, timber, and pulp and paper – as well as the 150 biggest institutions that finance them.
In total, the report showed that 102 (68%) of the financial institutions that were assessed had no deforestation policies, among them four of the world’s five biggest asset managers, BlackRock, Vanguard, State Street and Fidelity Investments, with a combined $17.6tn of assets under management.
“In other words,” says the report’s author Sarah Rogerson, “most of the financial institutions that fund the Forest 500 companies don’t publicly recognise that their investments may drive deforestation and so contribute to climate change.”
And some people wonder why people like XR are angry.

And finally…
In the foreword to a report entitled Decarbonising Transport, Transport Secretary Grant Shapps says “Public transport and active travel will be the natural first choice for our daily activities. We will use our cars less and be able to rely on a convenient, cost-effective and coherent public transport network.”
This is Grant Shapps, a minister in a Conservative government. You know, the Conservative Party which supports the freedom of the individual, which frequently includes the right to drive as far as you like wherever you like. The Conservative Party whose Chancellor last month promised millions for road building and little or nothing for public transport.
It’s probably just an illusion. Was that a dolphin I saw flying past?

That’s it for this week.
We may be locked down and working from home but the flow of climate and sustainability news never stops and I don’t even manage to bring you the half of it. I’m certainly not lounging on the sofa and bingeing on box-sets.
Next week I intend to approach the Green New Deal and I do hope to interview one of its architects.
For the moment, that’s all for this edition of the Sustainable Futures Report. All I’ve got to do now is record and publish it. Oh I suppose I must have by now if you’re listening to it. Don’t forget the blog at www.sustainablefutures.report where you’ll find the full text and links to all my sources.
Thank you for listening. Thank you to everyone who’s got in touch to share ideas. Thanks for being a patron, if you are.
I’m Anthony Day.
Till next time!

Child development in Africa
https://www.thelancet.com/journals/lanplh/article/PIIS2542-5196(20)30037-1/fulltext?dgcid=raven_jbs_etoc_email
Other News
Dreams in Venice
https://thehill.com/changing-america/sustainability/environment/488286-italys-coronavirus-lockdown-shows-what-nature
The Flying Car
http://whnmagazine-qa.tmwtest.co.uk/innovation/hyundai-and-uber-create-air-taxis/
Economy & Energy
Click here to access the piece ‘FTSE companies urgently need to raise their game on CO2 reporting’
Other articles that may be of interest:
'Investors and companies are fiddling while forests burn’

And finally…
Shapps on cars - the i-newspaper 30th or 31st March.