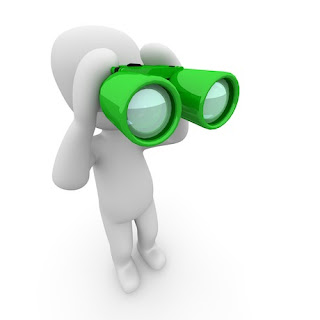 Hello, good morning and welcome. I'm Anthony Day, this is the Sustainable Futures Report and it's Friday, 14th December 2018. Yes, less than two weeks to Christmas so I hope you’ve got all your cards written and presents bought.
This week as promised I shall look back at the 22 episodes published this year and pick out some themes, stories and updates.
COP24
Sustainability is an immensely broad issue and climate change must come at the very top. Among other things this year I’ve also looked at waste, population, and low carbon solutions for transport and energy. CoP 24, the United Nations climate change conference, comes to an end today although of course at the time of recording it's still going on. I'll update you on what was finally decided next week, but apparently the major contribution of the United States to the event was the promotion of the continued use of coal. This was initially met with disbelieving laughter and then drowned out by protesters complaining about the damage caused by fossil fuels from both production and use.
https://www.commondreams.org/newswire/2018/12/10/youth-and-frontline-community-leaders-take-mic-trumps-fossil-fuel-panel-un
Climate
The big climate news this year was the IPCC report warning that we have only 12 years before reaching the tipping point when we will be unable to prevent catastrophic climate change. Actually that's not exactly what the report said. Certainly none of what I read quotes the 12 year figure. It does talk about 2030 as the deadline which of course is 12 years off, just. I'm concerned that the way it's being reported gives people a false sense of security and they'll think that they don't really have to worry about anything for 10 years or so. Of course what the report actually says is that we need to take urgent action now. Interestingly that's more or less what Lord Stern said in his report, and that was published in 2006.
Weather
Floods and Fires
2018 has seen extreme weather events across the world. In June and July there were wild fires in California, in northern England, in Greece and in Sweden, even above the Arctic Circle. Floods in Japan killed more than 200 people and then in the September Japan was hit by a typhoon. In Italy extreme rain led to flash floods which washed down a gorge and swept 11 hikers to their death. In October flash floods killed 10 people in France and at the same time hurricane-force winds hit Portugal, uprooting around 1,000 trees and leaving 300,000 people without power. Sydney, Australia, had torrential rain and destructive flash flooding in November.
Melting Ice
In the Arctic the warm weather led to ice melting and water seeping into the Global Seed Vault on Svalbard. You’ll remember it’s a long-term seed storage facility which represents the world’s largest collection of crop diversity. Fortunately, "The seeds in the vault have never, ever been at any kind of threat," said Maria Haga, executive director of the global Crop Trust. The Norwegian government is making repairs.
Drought
At the other end of the world the city of Cape Town in South Africa warned that it would run out of water on 21 April as the result of continuing drought. In the event that did not happen, although stringent rationing had been introduced and thousands of plastic jerrycans were sold as people prepared to stock up. Just in time, the rains came and farmers up country were also persuaded to release some of the water held in agricultural reservoirs. Cape Town is safe, although rationing and strict water management remain.
Wilder Fires
Wildfires returned to California in November. The biggest, called The Camp Fire, killed more than 85 people and destroyed18,000 structures. It’s estimated that the CO2 released by the fires was equivalent to the total CO2 emitted in the state from power generation. The 2018 wildfire season was the most destructive on record. President Trump blamed the extent of the fires on poor forest management. To the surprise of the population of Finland he suggested that that country avoided fires by raking their forests and keeping them tidy. But then, Trump is a well-known climate sceptic. When the Fourth National Climate Assessment prepared by the U.S. Global Change Research Program warned of serious economic consequences from climate change the president’s response was, “I don’t believe it.”
Glaciers on the Move
Last week I spoke about the effect of climate change on the polar ice caps and the effect of the polar ice caps on climate change. Accelerated melting raises sea levels and retreating ice exposes areas of the ocean which absorb heat, unlike the ice which reflects most of it back. News from the BBC this week of a NASA report that satellite images show that Eastern Antarctic glaciers are moving more quickly as they slide towards the sea. Addressing the  Fall Meeting of the American Geophysical Union (AGU), Dr Catherine Walker from Nasa's Goddard Space Flight Center said that the glaciers had speeded up by about 3% compared to 2008. The cause of the melting seems to be warmer water coming up against the glaciers as they reach the sea. The changes that are occurring are still quite subtle, and they are only really discernible because of the new automated computer tools that will search through the millions of satellite images taken of Antarctica. Research continues.
https://www.bbc.co.uk/news/science-environment-46517396

And that’s it..
…for this week, but there will be a final episode for the year next Friday 21st December when I’ll talk about the outcome of CoP24. Meanwhile, do you remember this song? I first played it in March. It’s called “Goodbye Beautiful World” but are we down hearted?
I'm Anthony Day and I'm still optimistic.
That was the Sustainable Futures Report and there'll be another next week.