You won’t find this episode of the Sustainable Futures Report  on iTunes, Stitcher, Spotify or via www,susbiz.biz because it’s exclusively for Patrons, but you can sign up to support the podcast for as little as $1 per month at www.patreon.com/sfr. 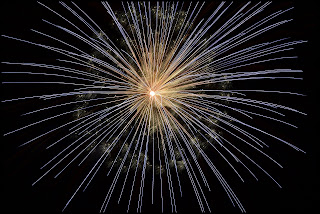 This is Anthony Day and this isn’t exactly the Sustainable Futures Report.
This is a quick update available exclusively to Patrons to remind you that last week’s Sustainable Futures Report was all about plastic and to let you know what you can look forward to next Friday 19th October.
The main issue will be the IPCC Report which warns that we have only 12 years to sort out climate change and we need to cut emissions dramatically as quickly as we can. This in a week where the British government has permitted fracking to restart while protestors languish in prison. We'll hear what climate scientist James Hansen has to say about that! The National Grid has published its winter outlook and tells us that electricity supplies will be secure because they have access to an enormous Norwegian gas field. This week the government launches the Green GB campaign and also announces that it's cutting subsidies for electric cars. Cutting down on eating meat will reduce emissions, but the responsible minister says she wouldn’t dream of telling people what to do about that.
The US government is still battling with Juliana. She doesn't give up! Neither do they.
There has been even more life-threatening exceptional weather. This time in Portugal and in Wales. There is good news, of a sort, from that new nuclear power station at Flamanville in France and Smart Cities World reports that smart cities start 8 feet below the ground. You've probably got a smartphone, you may have a smart meter, you may have a Smart car, you’ll have heard about smart grids and smart appliances. On Friday you’ll learn about smart sewers.
And if we can't stop dangerous emissions maybe we can trap them before they float away into the atmosphere. I have an exclusive interview with Professor Jon Gluyas from Durham University about carbon capture and storage.
All that to look forward to.


Thanks again to all my patrons for their valued support.
You can join their number at www.patreon.com/SFR.