I Don't Deny It

I don’t deny it.
OK, OK, I don’t deny it. I said there wouldn’t be another Sustainable Futures Report until Friday 14th February. That’s still true, although you’ve got this extra one for Friday 24th January. There’s just so much piling into my inbox that I  have to do something  about it. 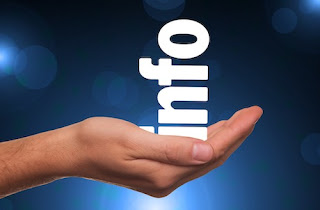 I’m Anthony Day and this is the Sustainable Futures Report.
New Patron
First of all, let me welcome the newest Gold Patron of the Sustainable Futures Report, Victoria Covington. Victoria’s aim is to cut her carbon footprint by 45% this year and I hope she’ll keep us in touch with her progress.
This episode is about denial.
You’re fully aware that I don’t deny that climate change is an emergency, because I produce this podcast to make you aware of the problems as well as of the efforts being made to challenge them. I monitor newspapers and broadcast media to bring you reports, but could I be a victim of confirmation bias? Do I look only at the media that confirm my view that climate change is an emergency? Perhaps I should seek a balance and present an opposing view from time to time. The danger is that balance should not be confused with spurious balance, a trap that the BBC has fallen into in the past. If the science is settled, producing an opposing view is spurious balance.
Balance
No serious media outlet will today present a counter-argument to the scientific opinion that smoking causes serious diseases, nor will they attempt to deny that the UK has reached a dangerously high incidence of measles cases because some people choose to reject the evidence that vaccinations save lives. The BBC was forced to review its notion of balance after it was heavily criticised for presenting Lord Lawson as a climate expert when he misrepresented climate statistics and the position of UN scientists on climate change. He has no qualifications in the field.
There is no doubt that the challenges of climate change are serious and can be quite frightening for many people. There is every incentive for them to believe that the science is wrong and there is nothing they need to do about it. For this reason we see more and more denial on social media and mainstream media as well.  A YouTube video popped up in my inbox recently, presumably because some search engine somewhere decided I would find it interesting. I did. I thought it was worth looking at in detail. It’s called
“What I wasn’t told about climate change with Luca Rossi.”
Here’s how it starts:
[]
OK, you get the idea. Let’s look at the claims he makes.
Polar bear numbers up by 400% since 1950s
This may be true. Counting polar bears is incredibly difficult. According to the Royal Canadian Geographical Society there are 19 populations of polar bears spread across Russia, the US and mainly Canada. They migrate, which can make it difficult to avoid double counting. They are easier to spot on land than on the ice, so if melting ice is driving them ashore it may give the impression that numbers are increasing. Respected experts violently disagree: some believe that the polar bear is endangered and needs protection while others believe that rising population justifies increased hunting quotas. Some observers state that many bears look unhealthy and that there are fewer cubs than would normally be expected, leading to fears for the long-term survival of polar bears.
If polar bear numbers are increasing that must be good news, but it tells us very little about the effect of climate change across the world.

…and so it goes on. There will be a lot more stories by the time I get round to writing. Not least of course, about the World Economic Forum currently meeting in Davos. Will they be more decisive than the delegates to COP25 in Madrid last month?

I’d like to thank you for listening and particularly thank my patrons, including new gold patron Victoria Covington, for your support. Apart from you, I get no sponsorship, subsidy or advertising, which gives me the editorial freedom to say what I like. I hope you like it. If you don’t, please tell me. If you do, please tell your friends about the Sustainable Futures Report.
That was an unexpected edition of the Sustainable Futures Report.
I’m Anthony Day.
I’ll be back on 14th February.

Pictures of the world on fire won’t shock us for much longer
https://www.theguardian.com/commentisfree/2020/jan/13/pictures-world-fire-australia-bushfire-climate-emergency

Posted by Anthony Day at Thursday, January 23, 2020 No comments: