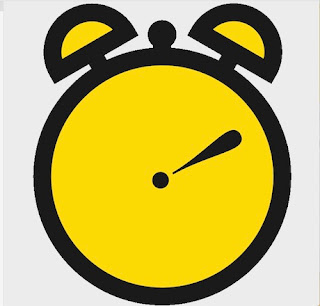 Today is Friday, 20th September, the day of the GLOBAL CLIMATE STRIKE.
This is the Sustainable Futures Report and I'm Anthony Day.
If you're a patron and getting this in advance of publication day, take this as prior notification of the event. We'll talk about why it's happening, how it might affect you and what you can do.
This Week
Also this week I'm talking about why scientists need to speak up and about those that do. The weather forecast is extreme. I bring you news of nuclear from Normandy, of VW from Australia, of living in a cardboard box and explain why I’m going nuts about packaging.
It’s Global
Yes, this week's climate strike is a global climate strike, led from New York by Swedish schoolgirl Greta Thunberg. She’s attending a climate conference over there. She travelled out on a sailing yacht. Of course it was a stunt, but it got everyone's attention didn't it? If she flew out there she’d have been criticised far worse than Prince Harry and if she’d gone on a cruise ship, which has a far larger carbon footprint, she’d never hear the end of that either. 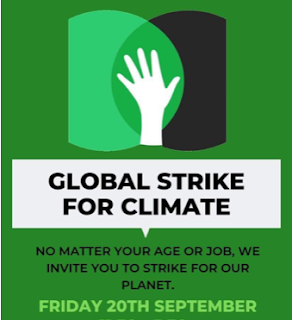 In other news…
Low Power
There’s bad news from Flamanville where EDF is still trying to finish a new nuclear power station which is years behind schedule and millions over budget. There are once again problems with components and welds and while fuel loading was expected to start later this year with generation following in 2020, commissioning has now been postponed until 2022. The plant was planned to come on line in 2012 at a total cost of €3.3bn. The latest cost estimate is €10.9bn.
This is bad news for the UK’s plant at Hinckley C, also under construction by EDF, to the same design, also late and also over budget. Private Eye magazine reports that there are serious personnel issues on site. They say: “the very large workforces required for new build nukes, always on remote sites, cannot be recruited locally, so workers live away from home on special thousand-bed campuses, 11 days on with three days off. Unions speak of poor mental health among workers: a bullying, macho “construction culture” is depicted with multiple suicide attempts and management trying special measures (including sessions hosted by ex boxer Frank Bruno on his own mental health struggles) to get on top of the problems. The magazine also suggests that similar problems exist at Sellafield, the nuclear reprocessing site. At least there are no nuclear materials at Hinckley C for the moment.
And finally,
Nuts about Plastic
Do you like peanuts? I like peanuts. KP Peanuts are on every supermarket shelf and I slip them in the shopping basket when my wife’s not looking. At least I did. They used to come in a foil package, in fact thinking about it, it was probably a plasticised foil package and therefore difficult to recycle. This packet came with a bit of sticky tape and the idea was that you'd seal it up so that you didn't eat all the nuts at one sitting. Because the sticky tape didn't stick I frequently ate more than I should. The people at KP have come up with a solution. Their new packet now has one of these plastic locking strips inside the top which reseals it securely. Trouble is, it must make it impossible to recycle.
There is a shop near us which sells nuts and cereals and flour and all sorts of dry goods from dispensers. You bring your own container. Yes, they sell roasted peanuts but they’re not salted and they still have a sort of flaky skin on them. They're just not the same. I can't bring myself to buy KP's packets any more. Does anyone know where I can get my salted peanuts with minimal or no plastic guilt? Please let me know!
Maybe I should tuck into some Kentucky Fried - no, not chicken. They’ve launched a meat-free meal - a Kentucky Fried Miracle - and when they launched it at a restaurant in Atlanta it sold out within 5 hours. It’s not clear whether this will become a regular offering.
And that’s it
Well, that's another episode. Thanks for listening. Listener numbers are steadily increasing but please tell your friends because I would like them to increase even more steadily. Thanks for being a patron if you are a patron because your dollar per month or more helps me cover the cost of transcriptions, which have been quite heavy recently, and the cost of hosting this podcast. You'll notice there are no advertisements and there's no sponsorship or subsidies either. That does mean of course that I can say what I like because I've got no advertisers who might get upset. But I'll try not to upset you, the listener, because after all you are what this podcast is all about.
Next Round-table discussion
Before I go, a note to patrons. If you'd like to take part in an online discussion which we'll record for a future episode please do get in touch either via the Patreon site - www.patreon.com/sfr - or by mail@anthony-day.com and let me know what you would like to talk about.
That's it for this week. Next week I have an interview with an archaeologist who explains how technologies he uses to find ancient cities hidden the jungle can help with tackling the climate crisis.
In the meantime enjoy the next seven days including the climate strike and let's see what comes out of it. A week is a long time in politics and a week is a long time in climate activism too. Go out and take action. Remember, every little helps. Remember too that the late David Mackay once said: ‘If everyone does a little, we’ll achieve only a little’

I’m Anthony Day.
That was the Sustainable Futures Report and I’m delighted to have brought this episode to you. When I opened the file this morning to start recording I found it contained none of the 1800 words I wrote yesterday. There was nothing in the cloud and nothing on my local back-up discs either. I did eventually recover the file from within the Apple Pages software, but I can do without shocks like that.
There will be another Sustainable Futures Report  next week.

Science needs to speak up
https://rdcu.be/bRcBY


https://www.theguardian.com/science/2019/sep/15/americans-climate-change-crisis-cbs-poll
Posted by Anthony Day at Friday, September 20, 2019 No comments: