Hello. This is Anthony Day with an early Sustainable Futures Report.  It’s Tuesday 24th March.
Is the Sustainable Futures Report Relevant?
COVID-19, the coronavirus, is in everybody's minds and increasingly affecting everybody's lives. Is the Sustainable Futures Report relevant in these times? I need to know what you think. My opinion is that it is relevant, because the climate crisis will still be with us after this virus has been defeated. It may be months, it may be years, but one thing is certain and that is that we will have to rebuild our world when all this is over. You may argue that how we rebuild it is a political issue, and I won't deny that. Both the coronavirus and the climate emergency issues can be addressed and defeated only by international cooperation between governments. That’s political. Someone once described the Sustainable Futures Report as green but increasingly red. Let’s not put labels on people’s opinions - let’s look for pragmatic solutions to where we are. If you don’t like what you perceive are my politics you don’t have to listen. But I’d much prefer if you shared your views either in comments to the blog or direct to me at mail@anthony-day.com. Or we can discuss this on line.
What do you want to do?
Many of us probably feel powerless, because the most we can do is simply to sit at home. Working at home or indeed sitting at home without work are new experiences for many. It's going to be stressful. Thank goodness we have the Internet, social media and web conferencing to give us some social interaction. I went to four meetings last week without leaving my desk. I chatted with people in Germany, South Africa, and Ireland as well as the UK.
Join Me Online 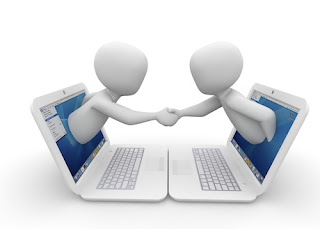 I'm sending out a conference invitation to all my patrons, to take place this next Friday 27th March. Given that you are in different time zones I may propose two separate sessions.
Surely this is an opportunity to get together and decide what we can do together. Even if you can't take part but are sitting at home with little to do, take the opportunity to reflect on how the world will change once all this is over and how you would like it to change. And how we can achieve that change.
Africa
And so to this week's topic. This is what I intended to do, but it needs a lot more work, so for the moment this is just an overview. I said last time that the Sustainable Futures Report has been too tightly focused on the wealthy west and so this time I was going to look at Africa. That is probably my biggest mistake. You could almost say there is no such place as Africa. Yes, there is a continent called Africa, the world's second-largest and second-most populous continent, after Asia. Wikipedia reveals that it extends to  about 30.3 million km2 (11.7 million square miles). When it’s midsummer in the North it’s midwinter in the South. It contains 54 fully recognised sovereign states (countries), eight territories and two de facto independent states with limited or no recognition. 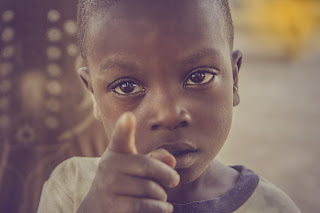 The continent is believed to hold 90% of the world's cobalt, 90% of its platinum, 50% of its gold, 98% of its chromium, 70% of its tantalite,[112] 64% of its manganese and one-third of its uranium.[113] The Democratic Republic of the Congo (DRC) has 70% of the world's coltan, a mineral used in the production of tantalum capacitors for electronic devices such as cell phones. The DRC also has more than 30% of the world's diamond reserves.[114] Guinea is the world's largest exporter of bauxite.[115]
And yet Africa’s total nominal GDP remains behind that of the United States, China, Japan, Germany, the United Kingdom, India and France. As the growth in Africa has been driven mainly by services and not manufacturing or agriculture, it has been growth without jobs and without reduction in poverty levels. In fact, the food security crisis of 2008 which took place on the heels of the global financial crisis pushed 100 million people into food insecurity.[116]
I don’t think it’s sensible to ask, “How does climate change affect Africa?” Africa is so diverse. I’m going to start with one country and follow up with others later.
Nigeria, which has the biggest population of any nation in Africa, will be my first choice, but I’m going to defer that until after our online discussion. After we’ve agreed where the Sustainable Futures Report should go from here.
Interactive Web Conference
If you’re a patron you’ll get the log-on details for the online conference very soon via Patreon. If you’re not a patron but you’d like to take part, you can become a patron for as little as $1 per month. All the details are at patreon.com/sfr.
To my patrons, thank you for your continuing support. I look forward to talking to you soon.
I’m Anthony Day.