Find the podcast on iTunes or via susbiz.biz 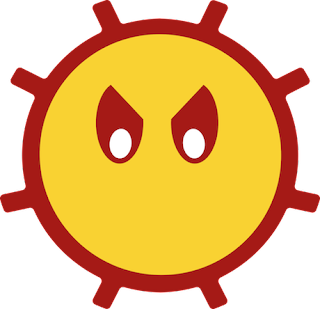 I know, I know. I said the Sustainable Futures Report would be monthly from now on but there's just so much going on so this is Anthony Day with a third episode of the Sustainable Futures Report for July 2018. It’s Friday 27th.
On the energy front there are reports from the National Grid, from the National Infrastructure Commission and from the Climate Change Committee in the UK, and in Canada there is a report from the Federal Government
On the climate change front we have been enjoying an unprecedented heatwave here in the UK, although by the time you hear this it will probably be raining. As the grass turns yellow we need to take action so I've included an update from Cape Town, the city that was going to run out of water in April. At the other extreme of extreme weather torrential rain has caused floods in Nepal, Japan and China. Some 200 people have died as a result in Japan.
UK supermarket Morrisons have turned retail on its head with reverse vending machines. Remember I featured them a while ago? I'll remind you what they are later on. And finally, are you in the loop? That's the hyperloop, developed by Elon Musk and eagerly supported by Richard Branson of Virgin. More on that later as well.
Before all that I have a new patron. Welcome to Mark Rutherford and many thanks to all my other patrons who contribute a small amount to help me pay for the hosting of the Sustainable Futures Report. If you'd like to join their number just hop across to patreon.com/sfr  where you'll find all the details.
Here’s a press release.
Britain has a “golden opportunity” to switch to greener ways of providing energy to homes and businesses without increasing bills – but only if Ministers act now to make the most of it.That’s a key finding from this month’s National Infrastructure Assessment – the first ever for the UK – published by the National Infrastructure Commission.
The Commission was set up in 2015 as an executive agency of HM Treasury by George Osborne (remember him?)
The National Infrastructure Assessment looks at the United Kingdom’s future economic infrastructure needs up to 2050 and makes key recommendations for how to deliver new transport, low carbon energy and digital networks, how to recycle more and waste less, and how future infrastructure should be paid for. It aims to ensure the UK is fully prepared for the technological advances that could transform how the country operates.
According to the report, “The UK must take decisive action to have world-class infrastructure”
I imagine a prerequisite for that would be a decisive government. ‘Nuff said.
The report’s core proposals include:
It also highlights the most important future challenges.
Heating must no longer be provided by natural gas, a fossil fuel.
That’s very interesting because earlier this month I was at the Energy Efficiency Awards where I was strongly advised by people on my table to replace my gas boiler with an air source heat pump. They said I could power it from my solar panels or from energy stored in a battery. If there was no sun I could charge my battery overnight using the cheap rate Economy 7 tariff and use the power during the day when electricity direct from the grid is at its most expensive.

The UK must prepare for connected and autonomous vehicles. These need more time for evidence or technology to develop. The Assessment sets out the actions needed to enable robust decisions to be taken in future.

Is the government listening? At the moment, no, because it’s consumed with infighting over Brexit. There is a serious chance that it will have fallen by the end of the year and the national squabble will continue. Did someone say fiddling while Rome burns?
https://www.nic.org.uk/assessment/national-infrastructure-assessment/
Future Energy Scenarios
In the UK the National Grid has just published its Future Energy Scenarios. These scenarios outline different credible pathways for the future of energy for the next 30 years and beyond. They consider how much energy we might need and where it could come from. They look at what the changes might mean for the industry, customers and consumers.
It’s interesting that on the very front page it says that “gas will remain crucial for both heating and electricity generation in all scenarios for the coming decades.” It does talk about decarbonisation and it does talk about hydrogen - a clean gas, at least at the point of use - but many people believe that natural gas use must be minimised as soon as possible. Using it as a “bridge” fuel will prolong its use and inhibit the development of renewables. Admittedly, that’s my initial reaction to the executive summary. The scenarios cover a set of detailed documents and deserve closer reading.
Of the four scenarios described, two achieve the UK’s 2050 carbon reduction targets and two do not. Main points highlighted:
The Executive Summary is designed as a 5-minute read. I recommend you have a look at it. Find the link on the blog.
http://fes.nationalgrid.com/fes-document

And here’s another report.
This one’s from the Committee on Climate Change.
“Apply the lessons of the past decade,” it says, “or risk a poor deal for the public in the next.”
It continues:
“Ten years after the Climate Change Act came into force, the Committee on Climate Change (CCC) says the Government must learn the lessons of the last decade if it is to meet legally-binding targets to reduce greenhouse gas emissions in the 2020s and 2030s. Unless action is taken now, the public faces an unnecessarily expensive deal to make the shift to a low-carbon economy.
“Scientific evidence of a changing climate continues to mount. Recent observations have catalogued evolving changes to the climate in the UK and around the world, highlighting the urgent need for further measures to reduce harmful emissions.”