Time for T in London? 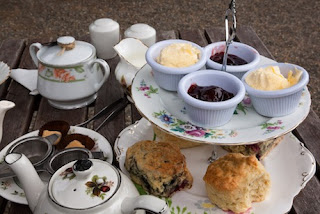 Hello this is Anthony Day and this is the Sustainable Futures Report for Friday 27th November.
In London it could be time for T, or you could be better off on a bike. Yvonne Teo tells us about her sustainable adventures on a bike. Have you checked your carbon footprint? Best foot forward!
Guilty as Charged?
Transport for London has announced a supplement to the congestion charge - the T-Charge. They say, “Older vehicles driving in central London now need to meet minimum Euro emission standards or pay an extra daily charge. This is in addition to the Congestion Charge. The T-Charge (officially known as the Emissions Surcharge) operates in the Congestion Charge zone and is part of our commitment to help clean up London's dangerously polluted air.”
It’s official then, London’s air is dangerously polluted. The T-charge is £10 per day in addition to the £11.50 congestion charge. My car is 12 years old (last Wednesday) so I checked whether I was liable to pay. No, I have to pay the congestion charge, but not the T-charge. So that’s me feeling smug because I drive a Toyota Prius Hybrid. But then I never drive it in London.
Ultra Low Emission Vehicles and electric vehicles get a 100% discount from both charges. Everyone else driving a private car has to pay.
https://tfl.gov.uk/modes/driving/emissions-surcharge?intcmp=45125
Tread Gently!
I mentioned my carbon footprint the other day and told you it was 11.7 tonnes, not far off the average for industrialised nations but way ahead of the 7.1tonnes for the UK. How do I measure up?
The biggest element was flights. I took into account a trip to Australia, which adds up to 2.7 tonnes and brings me down to 9 tonnes straight away. I know - but we have family out there, and I do try to cut down elsewhere. At least I thought I did. The next highest item is 10,000 miles in the car at 2 tonnes - and this was calculated on my specific low-emissions hybrid. It surprised me and reinforces the point of Karl Coplan, Kim Nicholas and Seth Wynes that getting rid of the car is one of the most effective ways of reducing your carbon footprint. That would bring me back to 7 tonnes. Next highest is 1.8 tonnes calculated on how much money we spend on food. Not sure what the actual algorithm behind that is. Then comes energy used in the home at 1.2 tonnes. I based this on a guess, so there could be an improvement here. We have solar panels, so the amount of electricity from the grid that we use should be lower than average. Shouldn’t we get a credit for the amount we feed back?
Next is 0.9 of a tonne calculated on the amount of money I spend on the car, excluding fuel costs. I put in the cost of maintenance and repairs, but should I also put in the cost of buying the car - for example purchase price less current value divided by age of the car? I paid for the car in full on purchase, but many people just take out a personal lease, so the formula behind this calculation must be more accurate in some cases than in others.
The other 3 tonnes are calculated on the basis of what I spend on clothes, papers and books, TV, phone and computers, hotels, restaurants and pubs, insurance and recreation, culture and sport. I’d really like to know more about what’s behind all that.
I used carbonfootprint.com.
What’s your carbon footprint?

On your Bike!
The cleanest journey is of course by bike. If you don’t count the carbon footprint of manufacturing the bike.
Earlier this year I met Yvonne Teo who explained to me how she was promoting the United Nations Sustainable Development Goals, how she was supporting the Marawi people in the Philippines and how she's been talking to young people and people in schools about their futures. She’s also been talking to people in the House of Commons, riding a bike from London to Edinburgh and she was scheduled to represent the UK at a recent conference in Poland.
Here’s what she told me:

That was Yvonne Teo. Happy Cycling, Yvonne! - and thank you for talking to us.
You can find out more about Project Bike at https://tyvyvonne.wordpress.com/project-bike/ and Yvonne is on Facebook.

I'm Anthony Day and this has been a special edition of the Sustainable Futures Report. There is a new episode of the report every week on Friday, so if you're reading the blog go to susbiz.biz to find the podcast or if you're listening to the podcast go to sustainablefutures.report to find the text. There is an archive of well over 200 editions so please feel free to browse.
For the moment this is Anthony Day and I'll have a fresh new episode for you next Friday.
Thanks again to Yvonne and bye for now.